Fans and netizens both are confused over the latest revision of SBS Gayo Daejun‘s promotional poster after BIGBANG disappeared and their spot replaced with the addition of INFINITE in the latest published one.

On Instiz, a netizen pointed out the difference in the initial and revised version, noting that while other idols such as Girls’ Generation and AOA are in the same spot, BIGBANG has disappeared with EXO taking their place at the top-center and INFINITE taking the empty slot on the top-left.

Other netizens have voiced their confusion, wondering if this change meant BIGBANG wouldn’t be attending the music festival this year, despite it most likely being the final time the group would be together as a whole before the members began their military services.

Via their Facebook page, SBS has hinted at which idol would be participating this year by revealing the silhouettes. 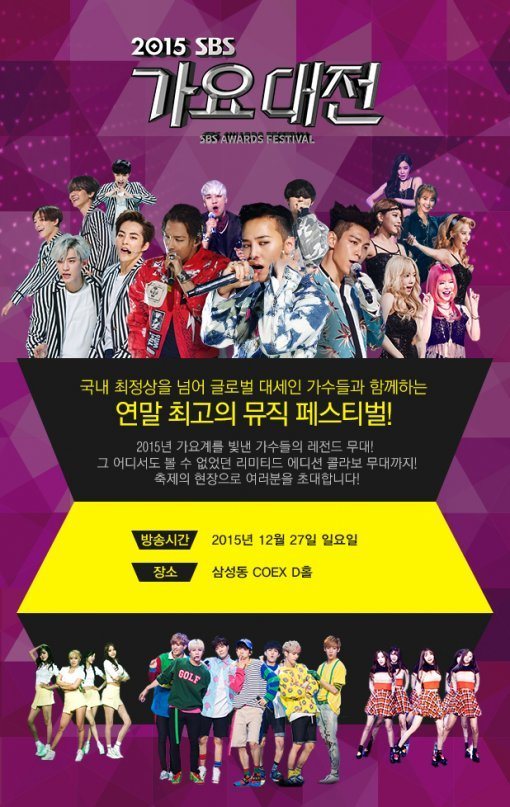 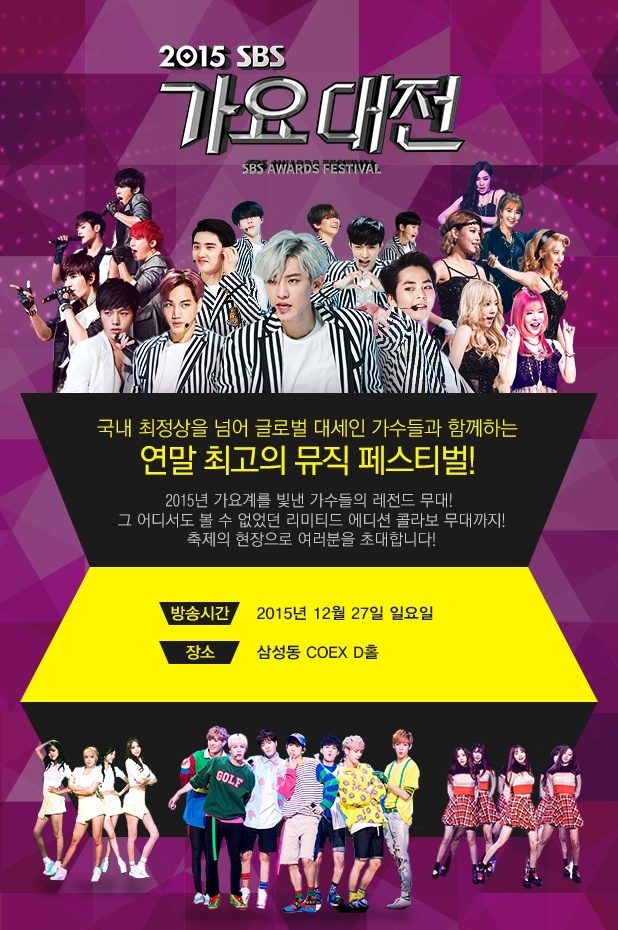 “Current (After the change).”