B1A4 is under plagiarism accusations after a costumes from their recent concert were said to have been obviously similar to SHINee.

On September 15th, a popular post originally started on Pann made headlines after it detailed the numerous times B1A4 allegedly tried to copy SHINee. The post started with photos from outfits worn during B1A4’s Adventure 2015 concert over the weekend where the members were seen in blue tailored, military-style outfits, similar to SHINee’s Everybody promotional concept. The obvious plagiarism was directed towards not only to the color, but also to the jacket detail, pocket placements and tailoring.

In the post titled “b1a4 stage outfit plagiarism”, netizens have explained that although retro-inspired concept and the increase of ready-to-made outfits were a given, the similarities of the two concepts were too obvious to have been an accident. With the issue, the post did only nitpick the military-inspired concepts used, but also previous outfits that allegedly copied SHINee’s View concept.

Netizens have left comments about the issue and are translated below.

“Honestly the past similarities in concept between b1a4 and SHINee could be understood because of the fact that hipster look is popular right now but this time it’s too much. These are the same clothes from ‘Everybody’ and it’s not sold just like that it’s been reformed to match each member of SHINee.” 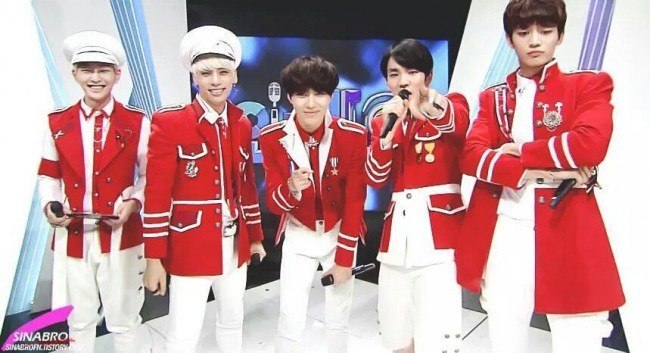 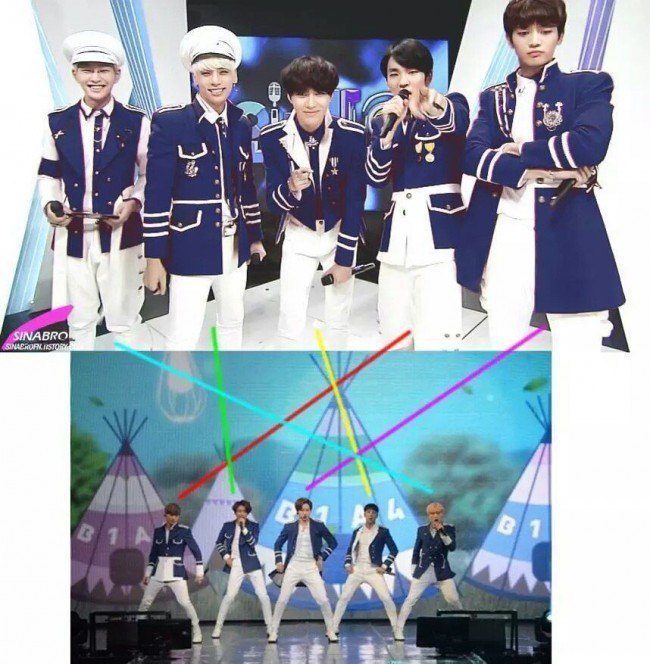 “If you look carefully even the details are the same”

[+ 126, – 2] This friggin stylist honestly is beyond help. I thought this concert clothes looked great for once and it was a copy? ㅋㅋㅋㅋㅋㅋㅋㅋㅋㅋㅋ They really need to kick out Kim Jung Yung before their next promotion.

[+ 122, – 2] B1A4 is going through so much because they became lab rats of their stylist…bad clothes and now even plagiarism…