Korean hip-hop artist Beenzino is set to take on his very first North American Tour next month, hitting five cities across the U.S.

Starting out on the west coast and making his way to the east coast, Beenzino will be making a stop in Seattle, San Francisco, Dallas, Boston, and finally  New York in a span of just over a week in December.

Tickets to each stops are currently on sale and can be found through Platinum K Shows’ official website. 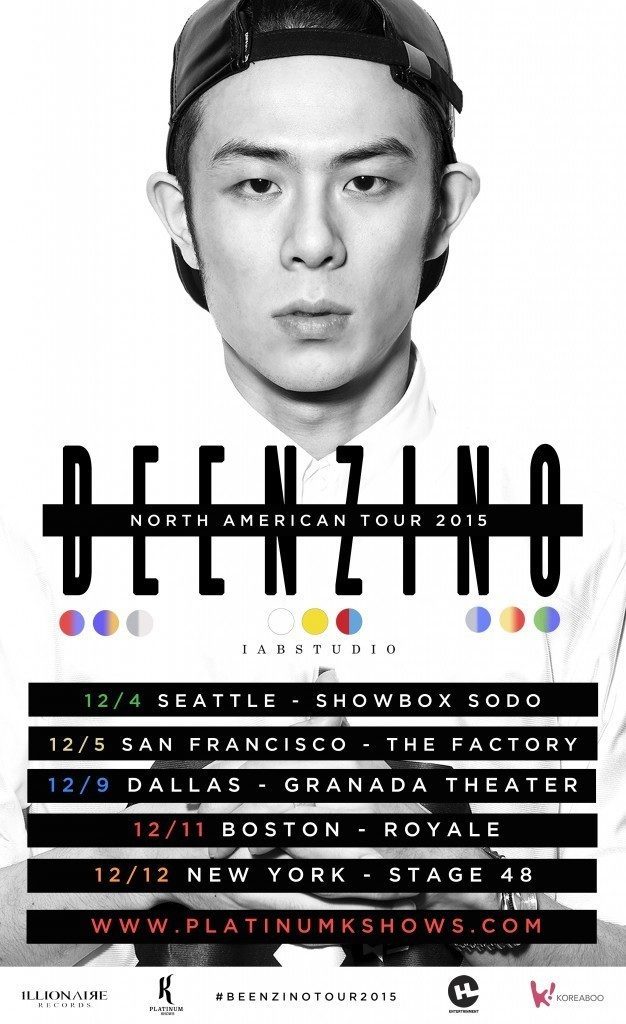 Discovered by Simon Dominic, a.k.a. Simon D, of AOMG, Beenzino joined Illionaire Records in 2011 and has risen as one of the top hip-hop artists in Korea, winning the Featured Artist Award in 2010 and 2011 at the Hiphopplaya Awards and has featured in various tracks of renowned artists including Lee Hyori, Verbal Jint, Dok2, Supreme Team, Swings, Palo Alto, and more. His most successful single to date is “Dali, Van, Picasso.”