The upcoming Austin City Limits festival has caught the eyes of many K-pop fans as a leaked poster shows 2NE1’s CL in the list of performing artists.Running for two weeks, the annual festival has highlighted numerous artists such as Zedd, Skrillex, The Glitch Mob, and Iggy Azalea. Now, fans are excited at the possibility of CL making an appearance at the large-scale festival.

This special stage would follow her upcoming appearance at this year’s Mad Decent Block Party, yet another advancement in her path towards her U.S debut.

Although the lineup has been taken down since its leak, many followers were still able to capture the revealed poster.

Take a look at the leaked lineup here: 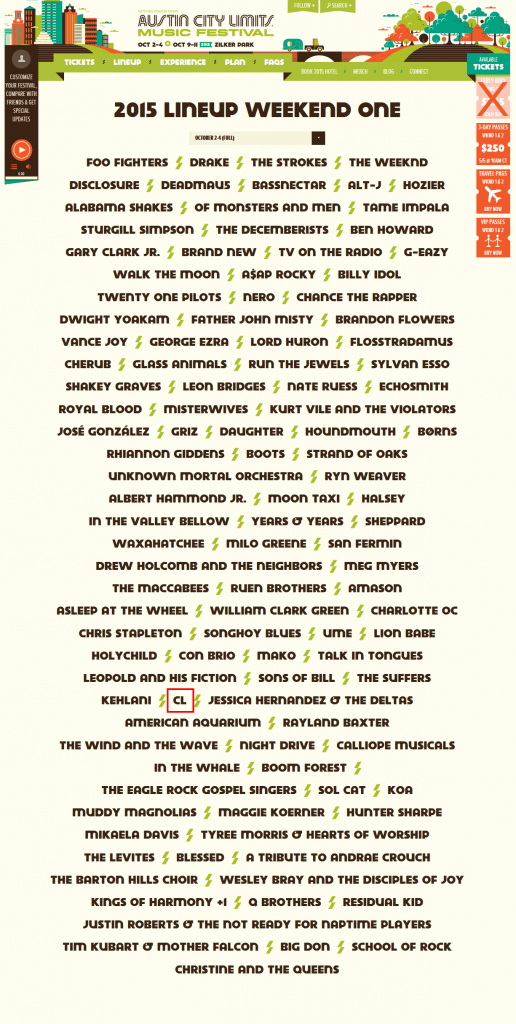