The Academy Awards this year was one of the most controversial yet as it brought to attention that there was no diversity in its nominees. That plus the regular whitewashing of Hollywood roles, rapper Dumbfoundead has given his two-cent in the conflict by writing the appropriately titled track “Safe” and releasing its accompanying music video.

Released on May 26th PST, the music video begins with an Asian family, Dumbfoundead playing the role as the father. However, it is clear off the bat that they have been “whitewashed.” The family proceeds to watch the Academy Awards with several hit Hollywood films including Indiana Jones, Braveheart, Fast and the Furious, Pirates of the Caribbean, Iron Man, Brady Brunch (television show), Titanic and more. He further proves his point when he is replaced by a Caucasian actor by t he director of the production in the end.

Hollywood has been slammed for whitewashing certain lead roles as roles that originally call for actors of different ethnicity to play them are instead filled by Caucasian actors instead. Recent examples include the upcoming Hollywood film remake of the classic Japanese anime Ghost In The Shell casting Scarlett Johansson as cyborg policewoman Major Kusanagi, and Tilda Swinton cast as the Ancient One, originally a Tibetan-born man, for the upcoming Marvel film Doctor Strange.

Since the release of his music video, it has revealed a lot of attention, trending on Facebook for days. 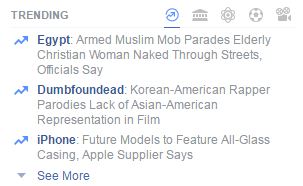 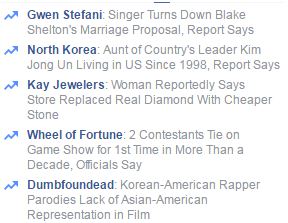