iKON hosted their concert on March 5th in Busan, South Korea. Recent tweets regarding iKON Bobby’s generous actions at the concert are going viral amongst iKONICS and netizens.

Originally posted on Pann, netizens praise iKON Bobby for his generous acts towards his fan.

Titled “The Manner of This Really Mannered Idol At Concert,” here is the direct translation of hte post and comments below.

During the concert in Busan on March 5th,

Bobby decided to go down from stage and take his jacket off for a pregnant fan that came to watch. 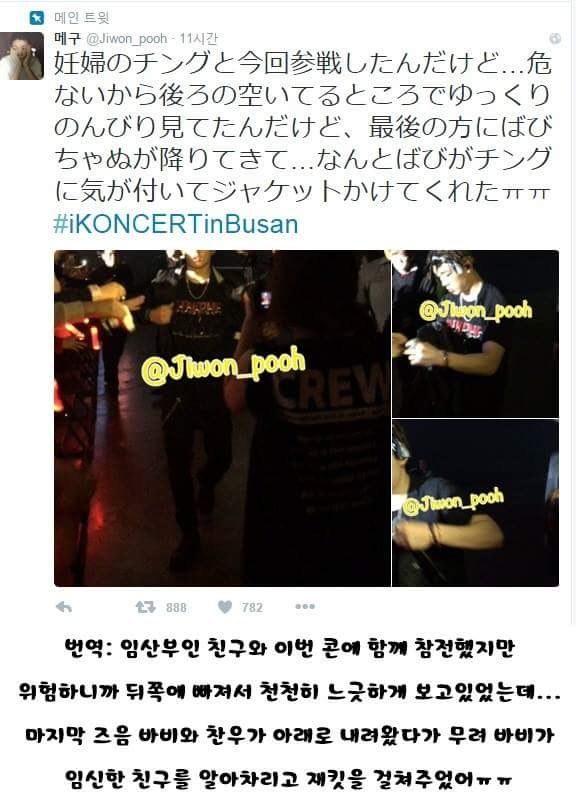 Translation: “I attended the iKON concert with my pregnant fan and watched from the back since it might have been dangerous… But then Bobby and Chanwoo came down together and noticed us. After noticing us, Bobby saw my pregnant friend and put his jacket around her T_T” 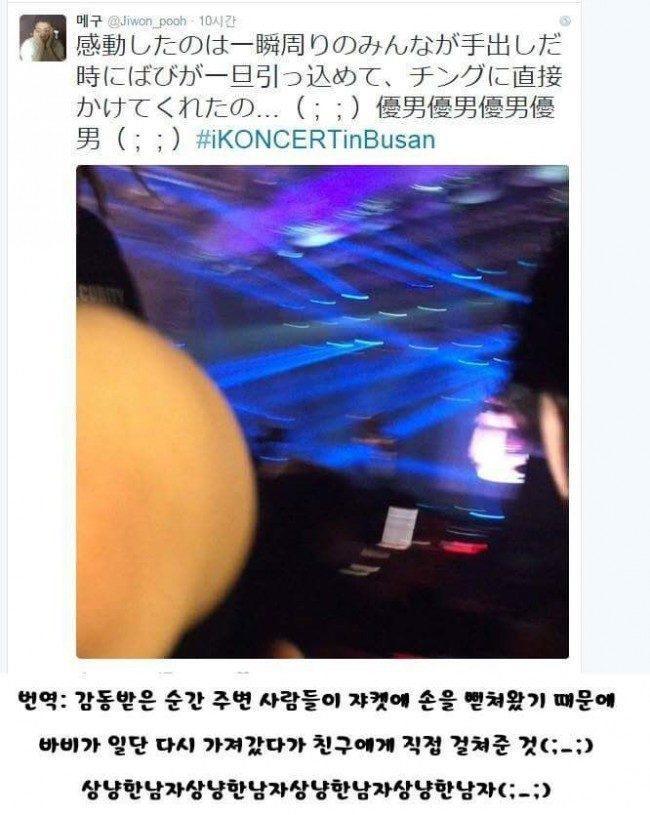 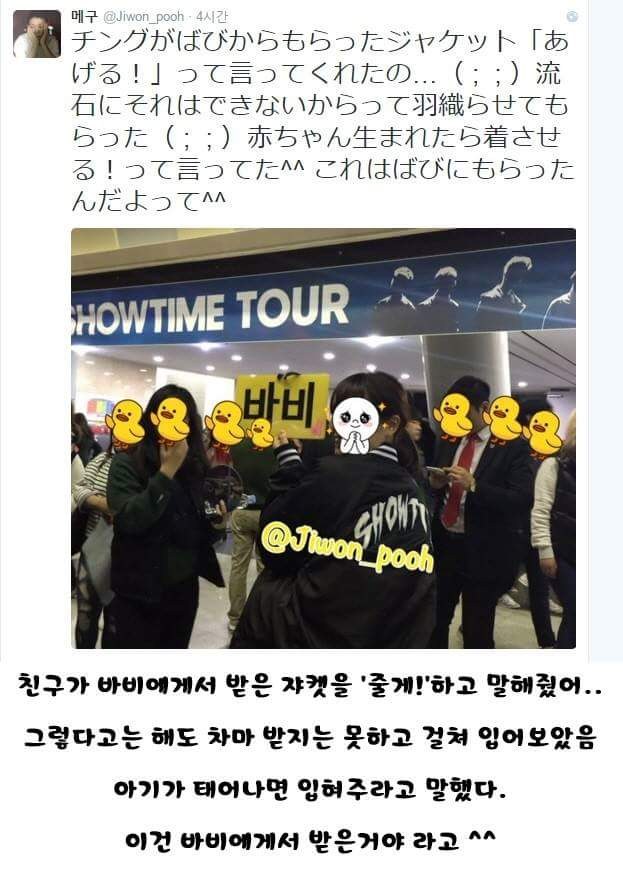 Translation: “My friend said she would ‘give!’ it to me… But I couldn’t receive the gift but got the chance to wear the jacket once. I told her to give the jacket to her baby. Telling him or her that it was from Bobby ^^”

Translation: “I didn’t receive the jacket myself but I was so happy to see Bobby’s manners and kind act. Thank you Bobby and my friend.” 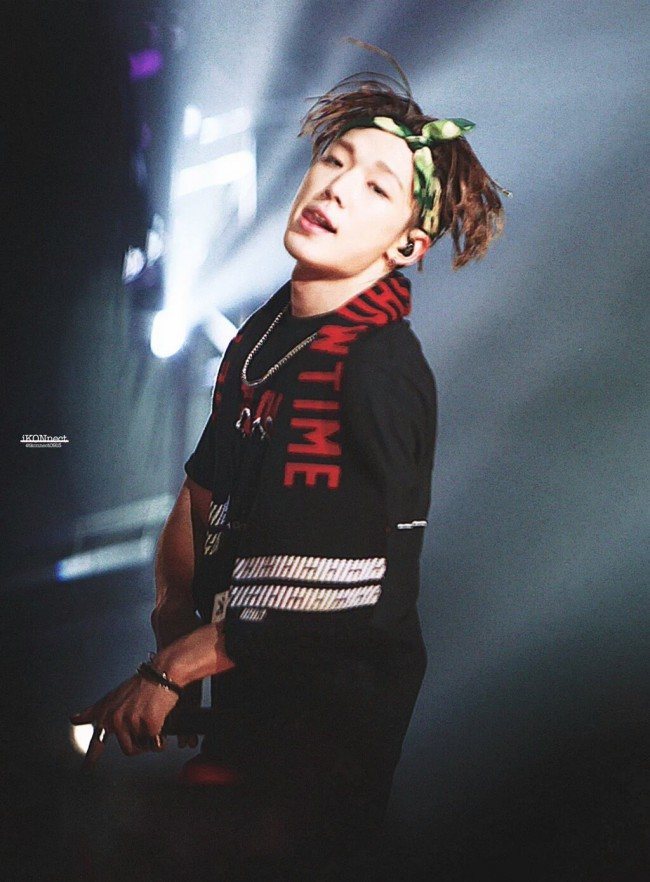