A fan recently discovered a diagram in a textbook that bore an uncanny resemblance to Girls’ Generation kid leader Taeyeon.

After discovering the picture in her sister’s textbook, the fan took to Twitter to share the image with others on March 31st. Since the photo was posted, it has garnered over one thousand retweets and over 300 favorites.

The photo, taken from what appears to be a human biology or anatomy textbook, diagrams a human respiratory system and the various organs that make it up. The picture of the woman on the diagram does bare an uncanny resemblance to the SM Entertainment singer, prompting many fans to share the photo of the page through social media. 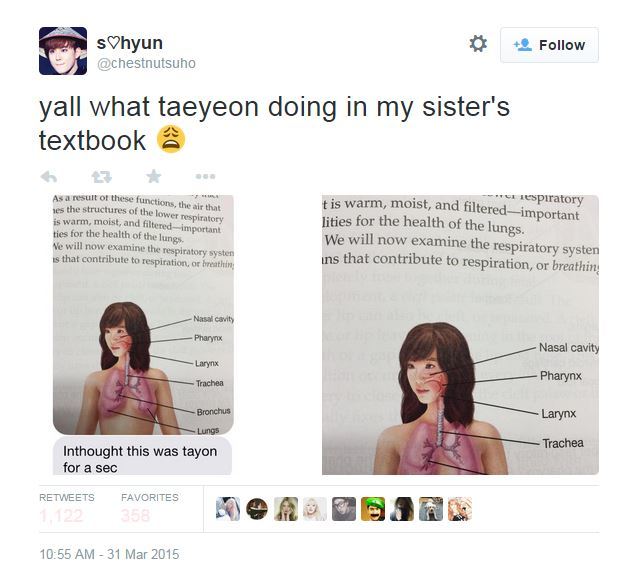