On one online community board, a list of reasons as to why 9MUSES would not be successful in the K-pop industry has spread.

It reads the following: 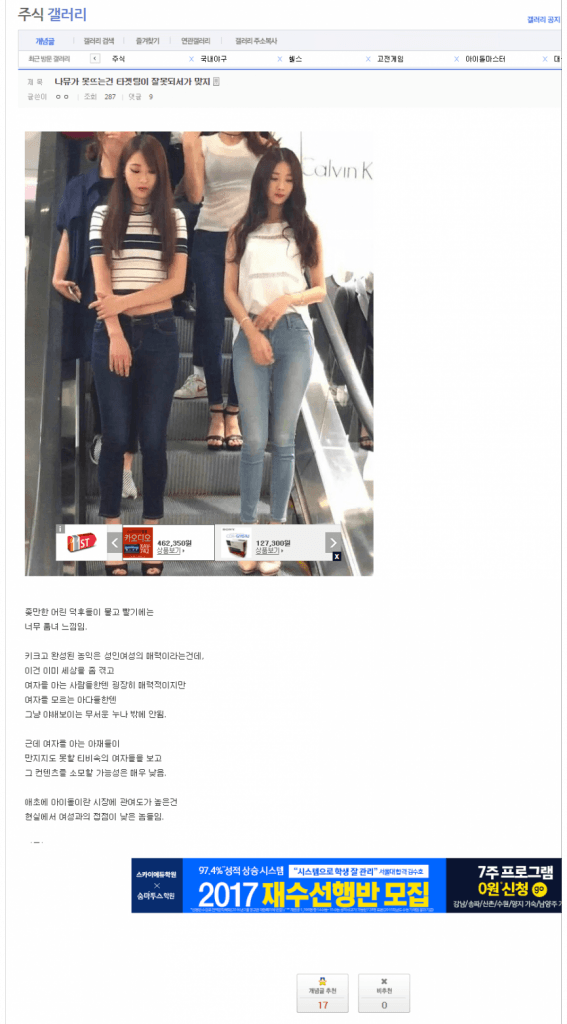 “They are too mature and sexy for young kids to fall in love with and fanboy over.

They have the allure of grown up experienced women, and for older men who really know the world, they are very attractive. For young inexperienced boys, however, they appear a little intimidating.

However, grown up mature men do not spend money fanboying over celebrities that they will most likely never meet. The idol market is consumed by those who either do not know women or do not have the chance to meet women in reality.”

9MUSES has yet to have their big shining moment among the abundance of idols in the idol market despite recognition has one of the most attractive group. Despite releasing increasingly high quality production, 9MUSES is one of the girl groups many root for to hit it big with every comeback. The group has seen several lineup change since their debut in 2010 under Star Empire Entertainment.