Girl’s Day’s Hyeri sheds tears as she steps down from her MC spot on SBS MTV’s The Show.

On January 20th, Hyeri participated in the live broadcast of the program where she made her last filming day as a host. By the end of the program, Hyeri greeted the stage in tears as she thanked the production staff and fans for their support during her run.

Fellow host Jiyeon, along with Zhoumi, were also spotted tearing up as Hyeri said her farewells.

Hyeri, on the other hand, decided to step down from her role as MC due to scheduling conflicts with her current drama Hyde, Jekyll, Me and promotions for Seonam Girls High School Investigators.

Meanwhile, for this week’s episode of The Show, Hwayobi, Hello Venus, HIGH4, JJCC and more made their own promotions with Jonghyun winning the trophy for his title track “Déjà Boo.” 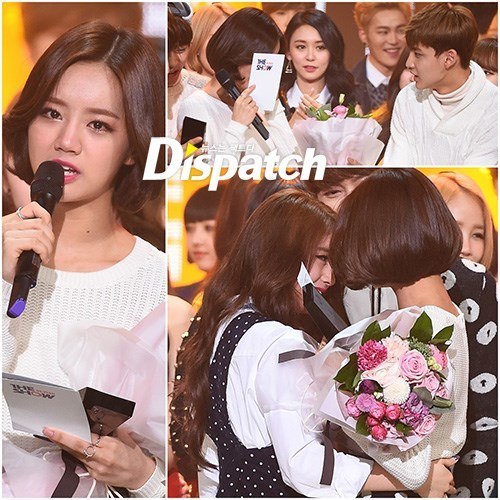