Most fans who have attended fan signing events in Korea have experienced kneeling while in line for autographs from their favorite idols.

But while the practice has been in place for years now, some netizens have protested against groups who have continued to do so, claiming that such a thing is ridiculous and disrespectful to fans. With some fans noting that groups such as TWICE, INFINITE, and B1A4 placing a line of chairs opposite the idols for fans to sit and chat briefly while having their albums signed, many questioned why other groups still force fans to kneel at their fan signs. 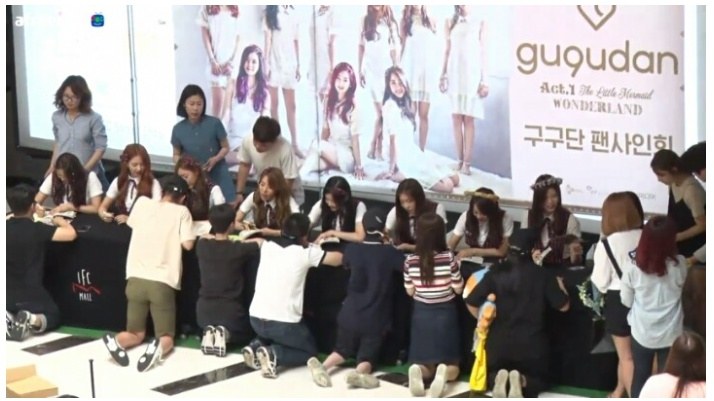