Titled “Malicious Comments Towards Leeteuk by Girls’ Generation fans,” here is the direct translation of the post and comments below.

“To be honest, people who like Leeteuk is because they are a little crazy too? I mean even if I was a little crazy, I would never like that trash;;” 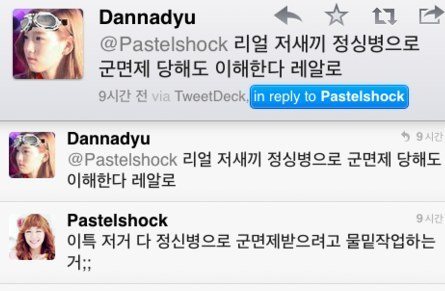 “Really though, I would understand if he doesn’t have to go to army because of his mental retardation”

“It should be legal that Leeteuk gets hated on”

These are comments in response to Leeteuk.

Leeteuk: “MBC asked me to do the last comment on the program”

“If you don’t say anything, you’ll at least go half-way. I just want to kill you. What are you doing at age 30? Crazy f*cker acting like a nerd” 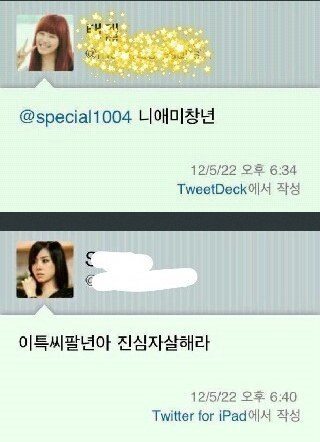 “Your mom is a whore” 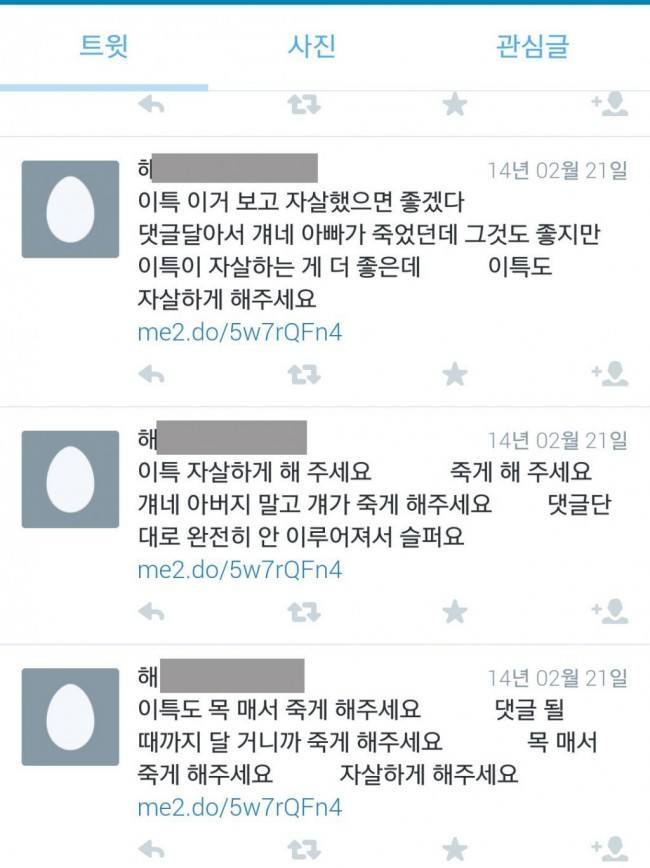 “I hope Leeteuk reads this and commits suicide. His father died after I wrote it, and I like that too, but I would prefer him committing suicide. Please let Leeteuk commit suicide”

“Please make Leeteuk commit suicide. Let him die. Not his father but please let him die. I’m sad that things don’t happen as I write in these comments”

“Please make Leeteuk hang himself to death. I’m going to write comments until he does so please let him die. Let him die hanging himself. Please make him commit suicide.”

[ +102 / -5] Are they even human? I was shocked to read this. How can you tell someone to commit suicide. They are like devils and what goes around will come around to them. I heard Leeteuk is almost done preparing his lawsuit ^^ I heard Leeteuk has no plans to give mercy so go to the police station and cry all you want.

[ +95 / -11] Girls’ Generation fans class hahaahhahahahah There was a reason of calling them insects. They didn’t learn from Taeyeon suing malicious comments T_T hahahahahhah

[ +68 / -1] How can people say these things. Mentioning his parents… I hope they all get sued since they are not like humans

ATEEZ Had The Best Response When Asked If They Lip Sync, And ATINY Couldn’t Agree More