Many idol groups are often under fire for alleged rude behaviors spotted by netizens or fans through photos or videos. Because of this, all idols should always be careful whenever they’re in public. But is this female idol group in the wrong for this alleged behavior?

Originally posted on Pann, netizens criticize group Lovelyz for their rude behavior during their attendance at a concert.

Titled “Why Is Lovelyz Acting This Way,” here is the direct translation of the post and comments below. 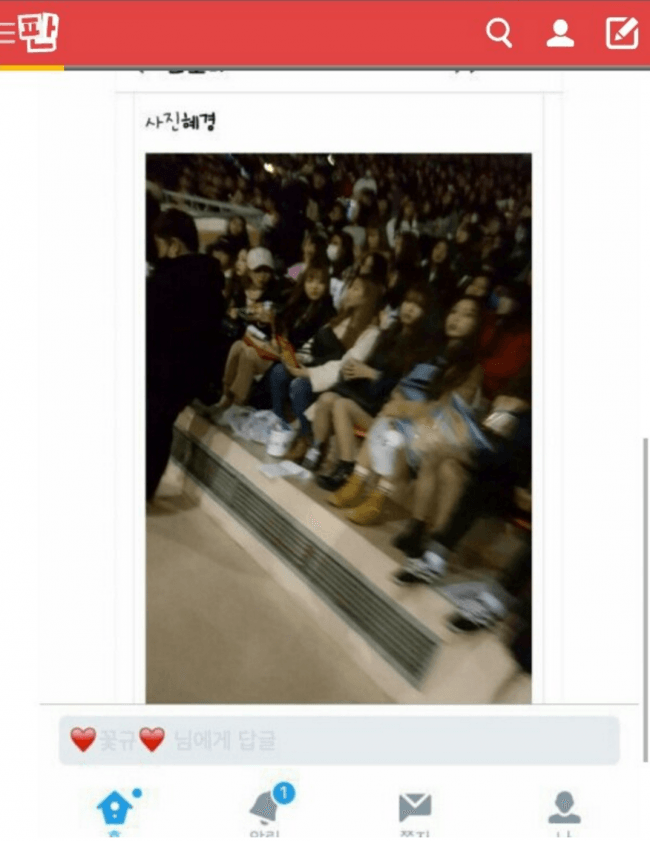 “Who eats chips at a concert…. foods and drinks are prohibited to enter with..” 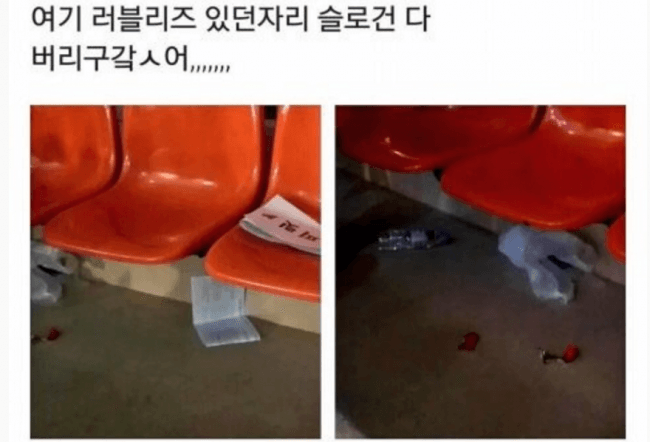 Translation: “These are the seats Lovelyz were sitting in… They threw way all their posters too.”

[ +154 / -34] Wow… It is rude for even other fans to see. I have been to many concerts and they all prohibit food sand drinks hahahah a They even stepped on the posters like that. What are they doing? I’m losing my interest in them.