The 2015 SBS Gayo Daejun has received a lot of criticism for its technical problems and artist management, but netizens recently accused the program of sabotaging EXO’s stage.

After carefully observing photos taken from the show, netizens noticed that there were several instances where the SM Entertainment group members appeared to be having problems with their in-ears. Photos show that members Suho and Xiumin were constantly checking their in-ears, while Sehun and Chanyeol could be seen vocally complaining about problems with their equipment. 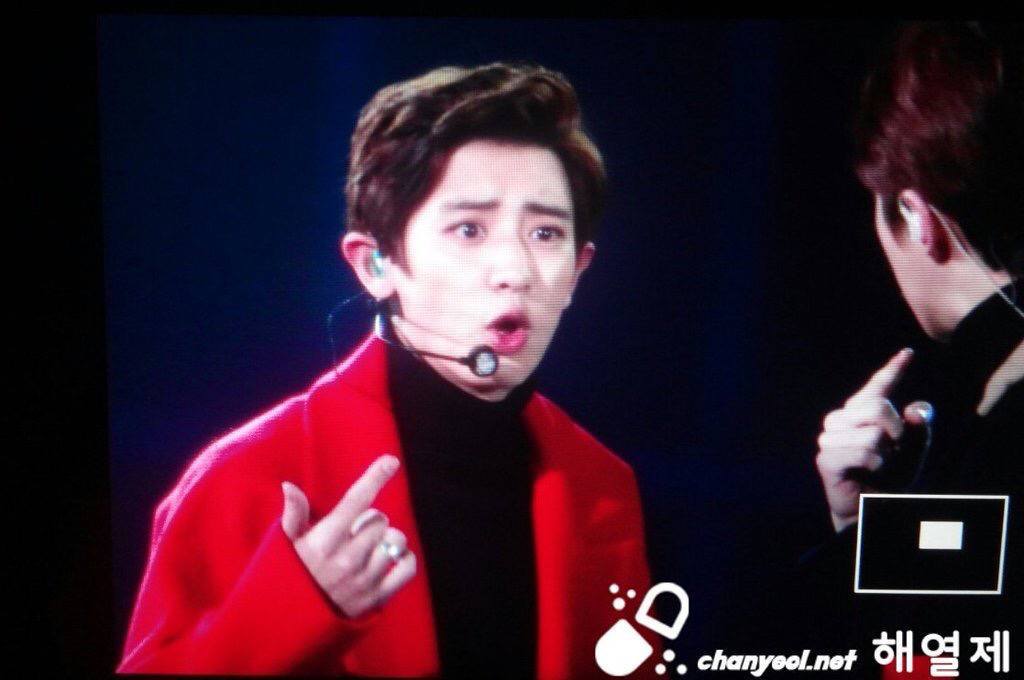 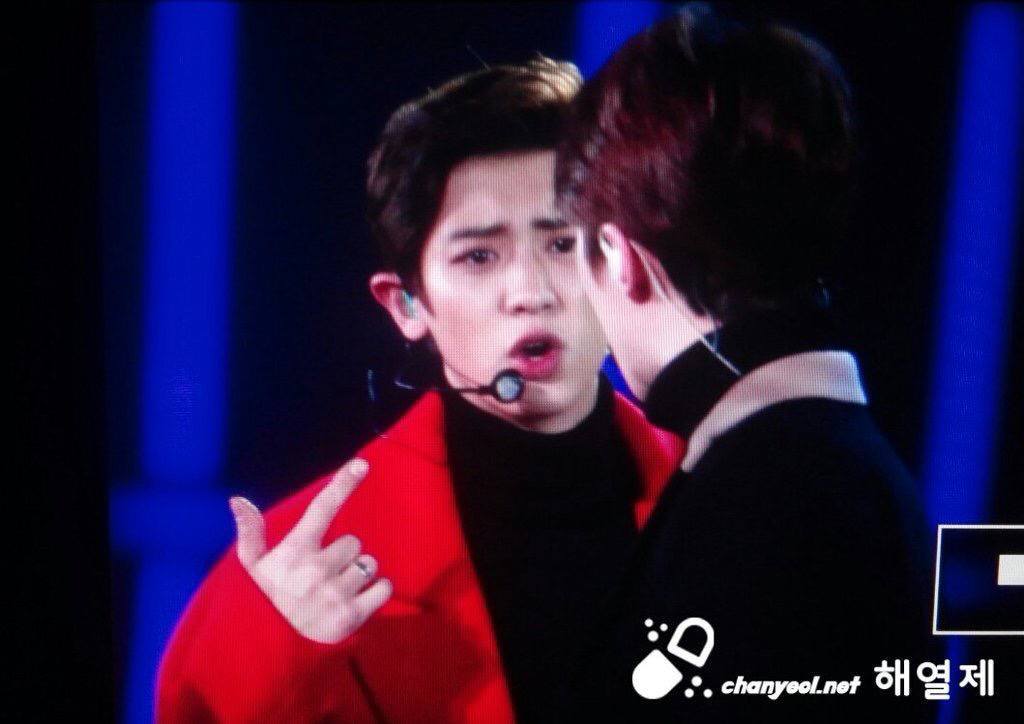 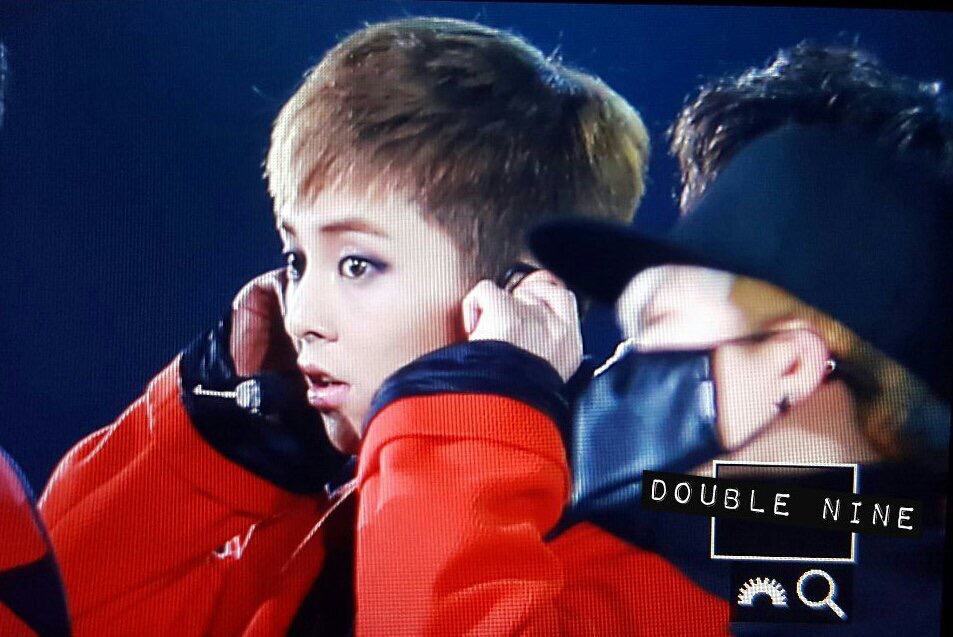 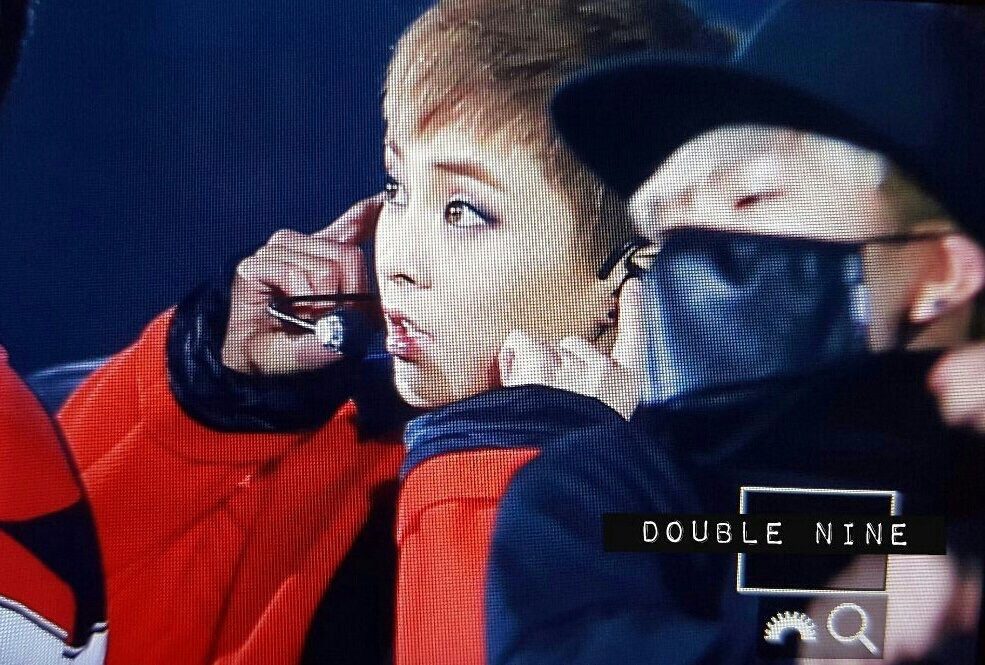 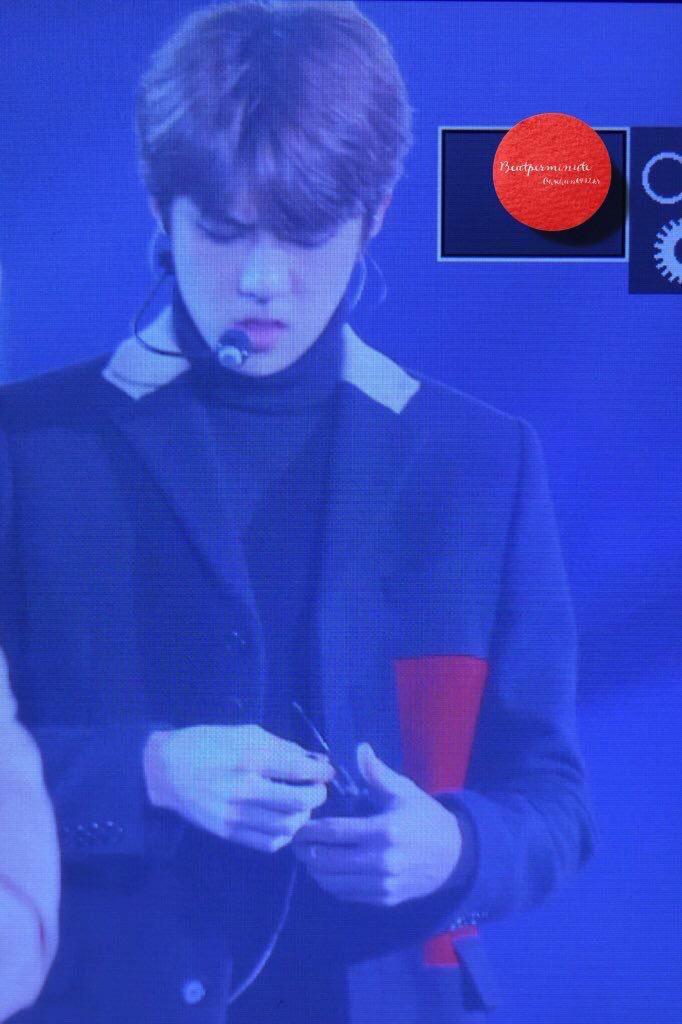 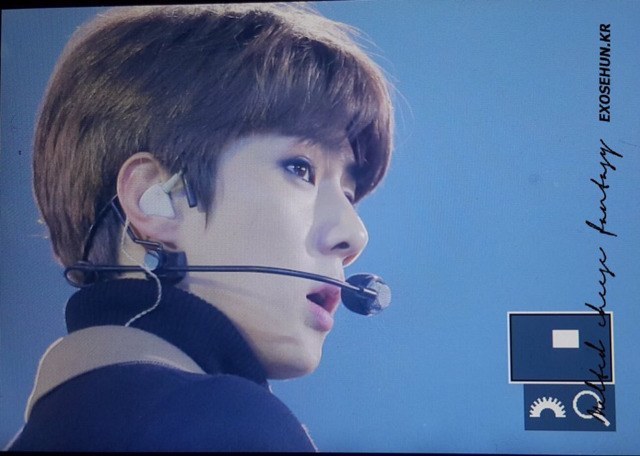 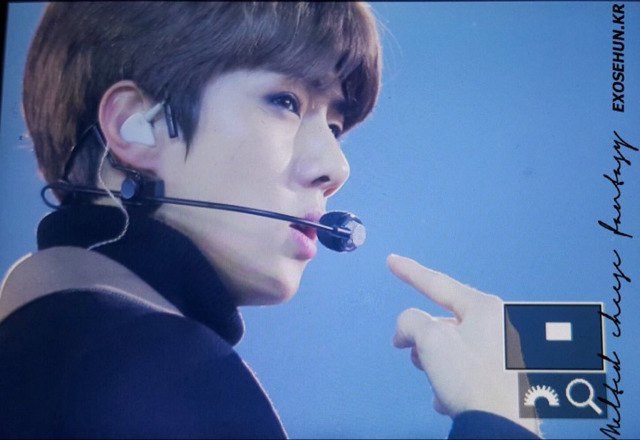 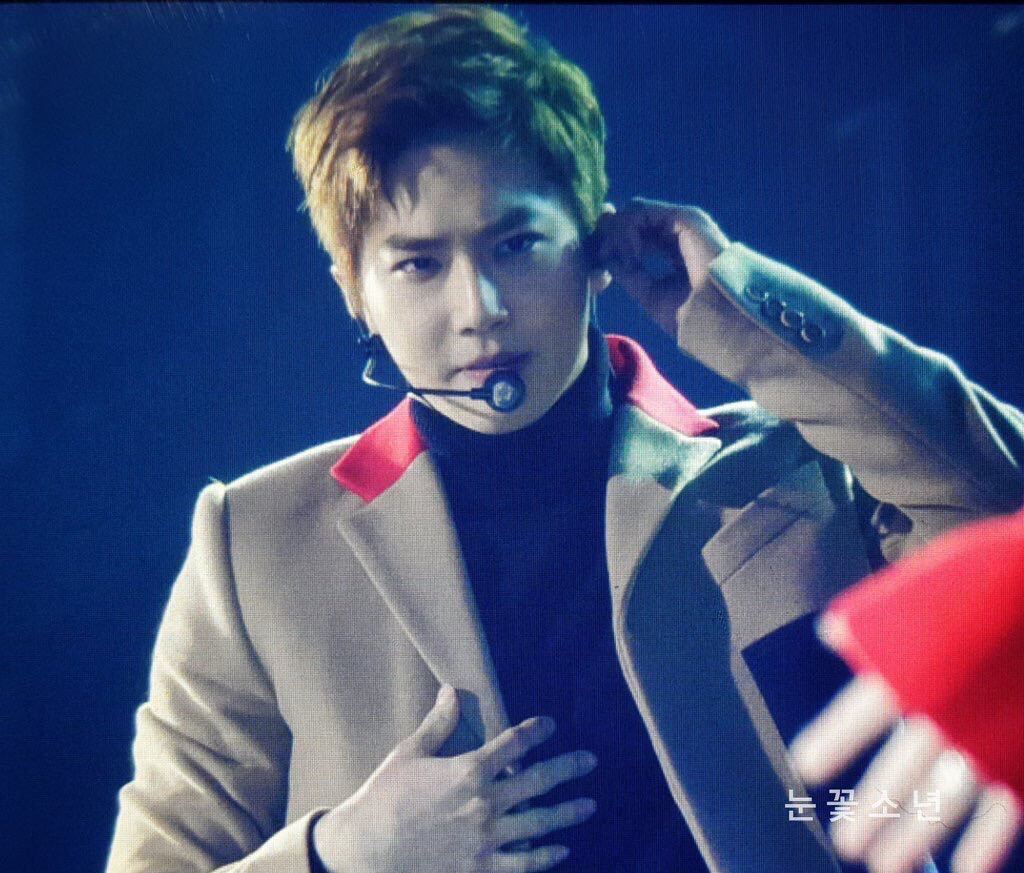