Originally titled, “Kim Yoojung, April,” a post featuring a picture of rookie girl group April with Kim Yoo Jung has been going viral amongst Koreans.“My friend was watching Inkigayo and sent me this picture. I was so surprised because I used to think April girls were really pretty and than I saw….Kim Yoo Jung she looks like a doll..” 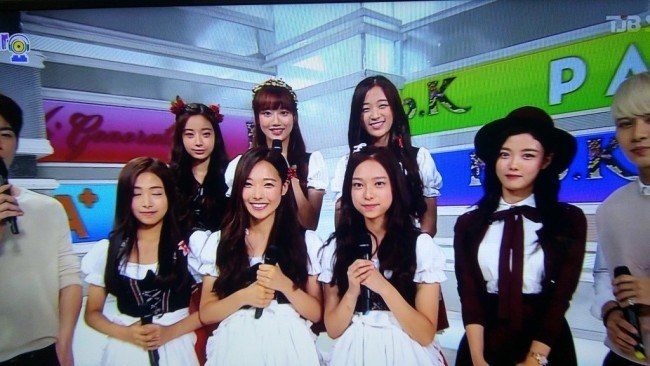 [+ 97, – 18] You guys never even praise Kim Yoo Jung except when you want to criticize girl groups you should apologize to both her and girl groups.