Facebook has become a platform to reveal personal opinions ranging from basic beliefs, religion and political agendas. Because of freedom of speech, users can post whatever they want to even if it may offend others.

Originally posted on Pann, netizens are furious after a post including sexist remarks was revealed by a male user. 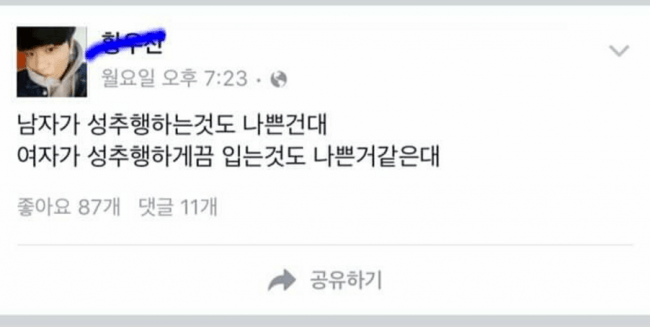 “It is bad for a man to sexual harass a woman. But it is also bad that girls wear outfits that makes men want to sexually harass them too” 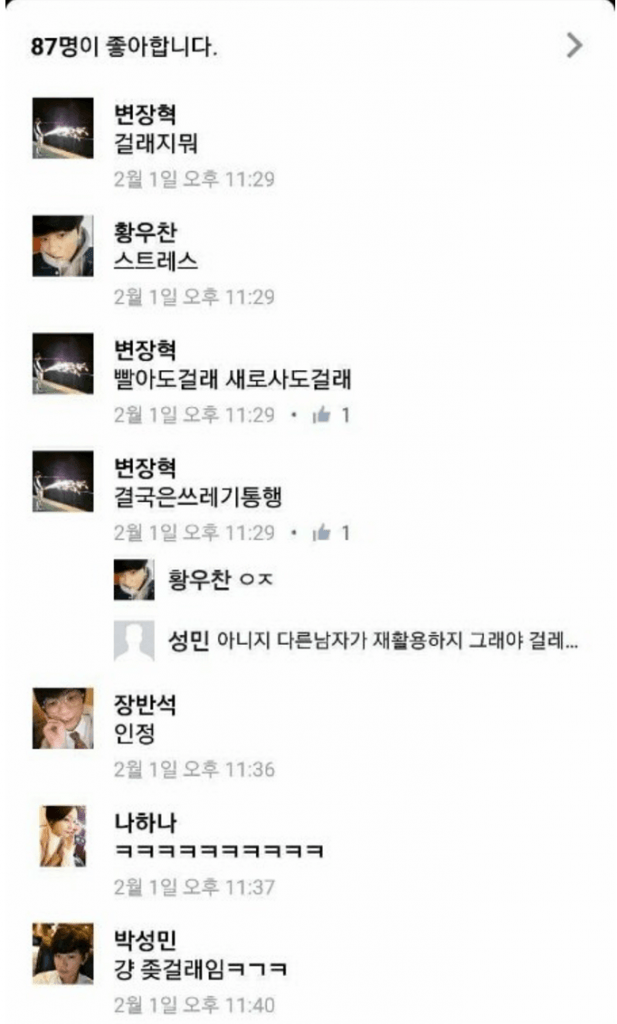 “They are just sluts”

“They just belong in the trash”

“I approve of this”

“They are just f*cking sluts” 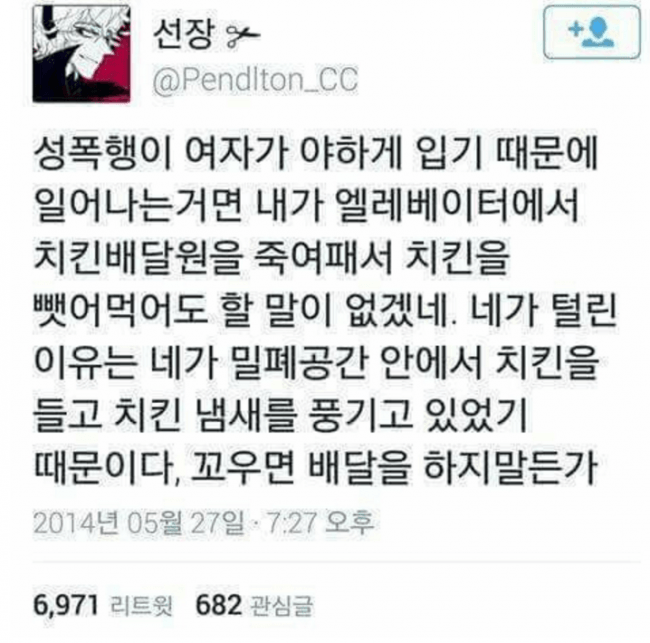 “If it is women’s fault for wearing revealing outfits that led to men sexually harassing them, it means that I could literally beat up a fried chicken deliverer in the elevator. The reason why he got beat up is that he brought a tasty and smelly chicken to a compact area. He shouldn’t have delivered if he didn’t want to get beat up.”

[ +32 / -2] If it is women’s fault for wearing revealing outfits that leads to sexual harassment, it means ugly guys should get beat up because they look like faces that we would want to punch

[ +9 / 0] He says that girls wore it to initiate sexual harassment.. What a crazy mother f*cker really