After BTOB celebrated their first win on MBC Show Champion, fans speculated that the CUBE Entertainment group might not have deserved the win.

Despite having won the #1 trophy for the show, and even earning headlines such as BTOB wins #1 on Show Champion for the first time since debut…beating Taeyeon and Ailee to reach the top, netizens noticed that Taeyeon had actually won by an extremely large margin on the polls for the show. Netizens claimed that not only did Taeyeon have more votes than BTOB, but also higher digital and physical sales, as well higher YouTube views than the male group.

One netizen posetd about the issue on Instiz, where many others left their opinions on the issue. A translation of the post and all the photos can be found below: 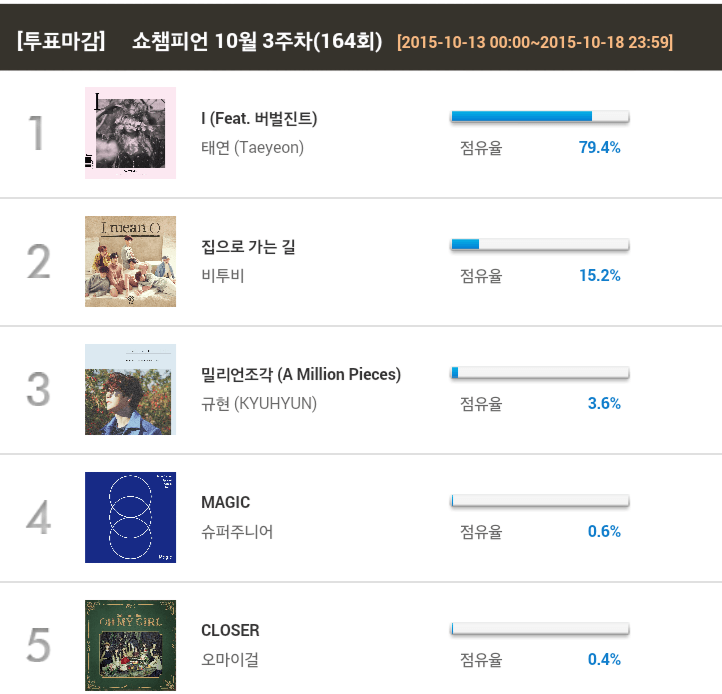 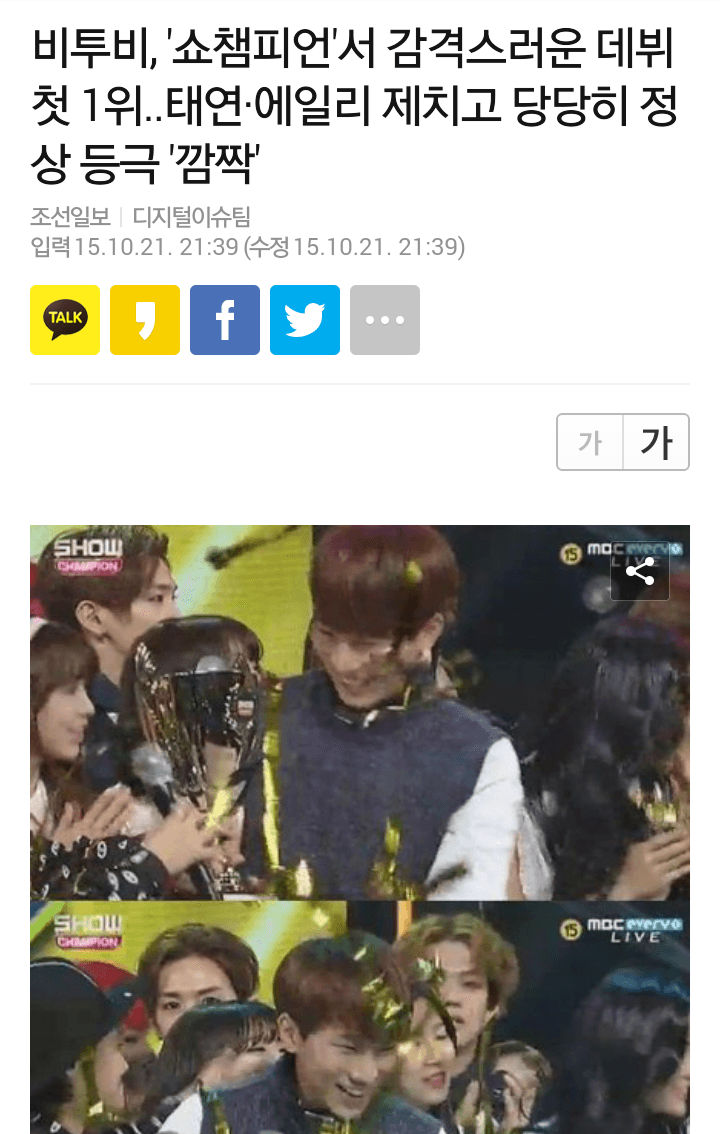 The post ends by saying, “Taeyeon’s votes, youtube, streaming and album sales are all highest but she didn’t win?”