Official stills for an upcoming episode of Pinocchio featuring the first meeting of Park Shin Hye and Kim Young Kwang’s character were released.

On November 17th, the production team of Pinocchio unveiled the official photos taken from an upcoming episode with the appearance of Park Shin Hye’s and Kim Young Kwang’s characters. The photo garnered much hype as fans talked about the first meeting of the two characters in the drama.

Park Shin Hye looked collected but troubled on the said photos, while Kim Young Kwang’s character confidently trails by behind her.

Meanwhile, Kim Young Kwang plays the role of Seo Bum Jo, a rich, young professional who leaves a fashion magazine for broadcasting where he meets Park Shin Hye’s character, a reporter who has “Pinocchio Syndrome.”

It started airing on SBS last November 12th and is set to run until January 15th. 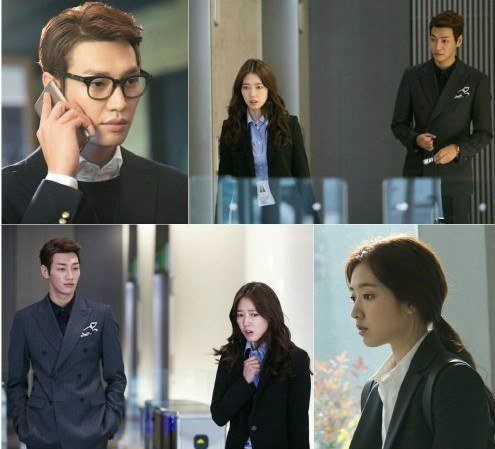