On a recent broadcast by JTBC about the truth behind sajaegi, netizens caught sight of a chart that led them to believe that 35% of SNSD’s online fans may be ‘fake accounts’ used by brokers.Originally titled, “National girl group whose fan accounts are 35% fake” this post dealt with SNSD and the possibility that a large portion of their fan accounts maybe ‘fake’ accounts. During the recent broadcast on sajaegi, a chart revealing what percentage of online ‘fans’ showed repetitive behavior and are most likely fake accounts was shown for a short time.

Although the name of the artists and were blurred out, netizen detectives did some research and concluded that the highlighted portion that shows 35% of fans may very well be fake is most likely SNSD from SM. 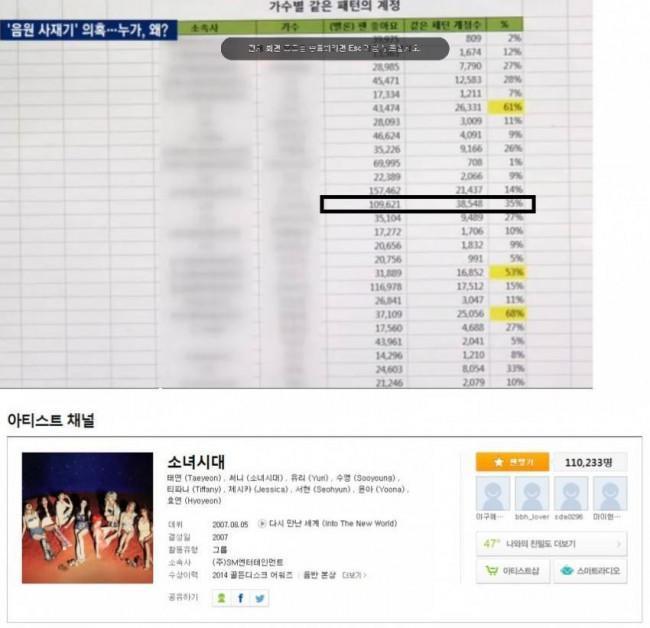 The chart showed that the group with 35% unusually repetitive fan activity had in total 109,621 fan likes on melon. The picture below shows SNSD’s artist page on melon and it is the only account with likes that are close in amount. The discrepancy between the likes shown on news and on melon page here are very minimal at 612.