#StayStrongYoungjae has made its way into Twitter’s worldwide trends as IGOT7’s tweet the idol and send their condolences to GOT7‘s Youngjae in light of miss A Suzy’s new relationship.

Earlier today, Dispatch revealed that actor Lee Min Ho and Suzy were in a relationship and released photos of the two celebrities on dates in London and Seoul.

Following the news, Lee Min Ho and Suzy trended on Twitter as fans reacted to news of the new couple, and now #StayStrongYoungJae has started to trend as well.

It is well known among GOT7 fans that Youngjae is a huge fan of Suzy, thus fans have taken to Twitter to comfort the idol, reassuring him that things will be ok even though Suzy is now in a relationship. 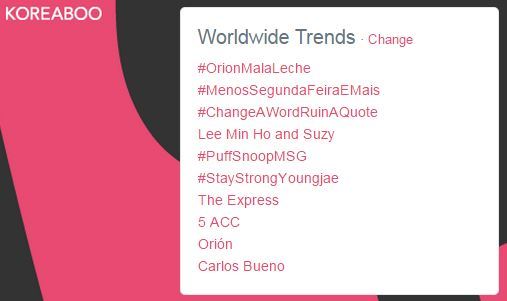