Worried about entry restrictions? Often times such contests or sweepstakes are limited to South Korea, but on their Facebook page Strawberry Milk made it very clear that the contest would have no restrictions on age, gender or country! In fact, the rules are even posted in Korean, English, Chinese (both simplified and traditional), and Japanese.

Not comfortable with dancing? Don’t worry, you can enter with a reaction video, or photo, to the original music video as well! The rules and prizes are as follows:

Regardless of age, gender or country, anyone in the world can participate in <Everybody is ‘OK’> event.
Participation Method: Upload “OK” cover dance/parody/reaction, photos or video to <Everybody is “OK”> event page on Strawberry Milk Official

Want to enter but don’t know the dance? Don’t worry, the twins have also uploaded a dance version of the song with all the choreography laid out for you! So what are you waiting for? 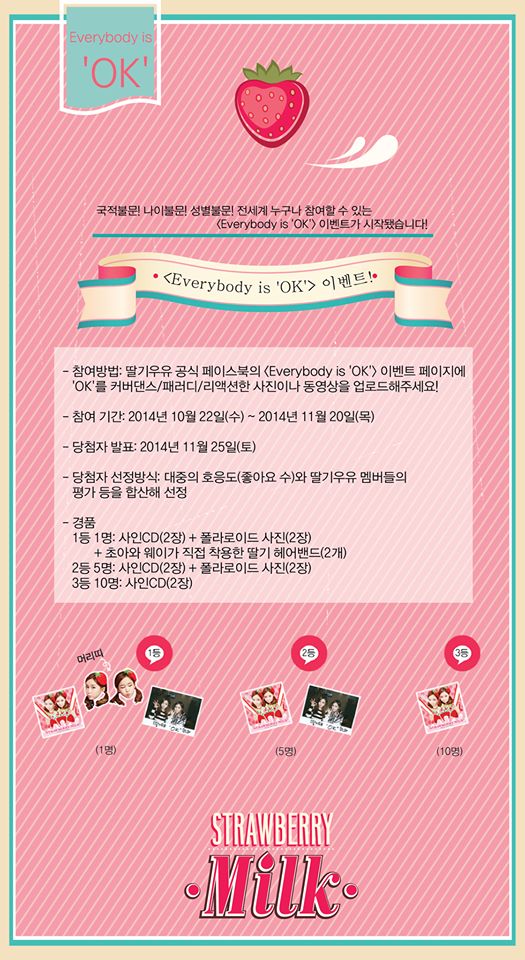