The photo, which was of the five singers sitting together in a waiting room, has sparked a lot of conversation among fans online. Although they were together in one frame for the picture, members Changmin and Yunho were sitting together on one bench, while Jaejoong, Junsu, and Yoochun, who later formed JYJ after leaving the group and SM Entertainment, sat on another. The post has brought forth both positive and negative comments about both the artists’ past and present. 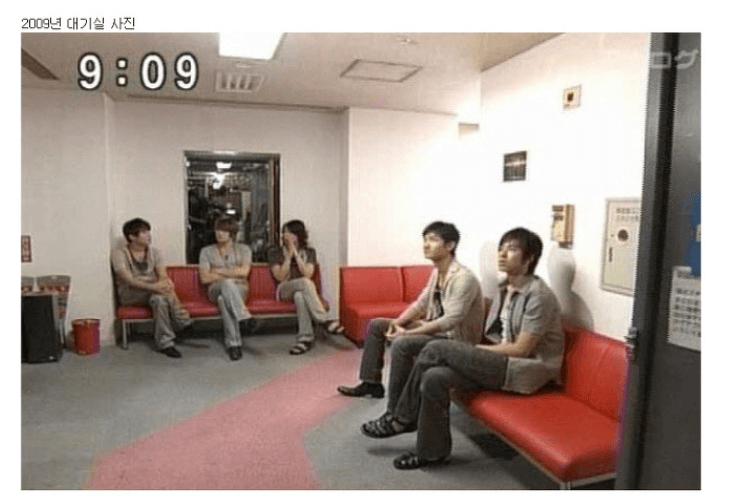 [+ 224, – 84] The 3 of them look so happy. Didn’t they realize what they did was going to change the course of their future for the worse? The other 2 look like they realize that but the 3 of them don’t even seem to feel sorry for what they had done….it makes me sad

[+ 214, – 76] You can see that there was already a division in 2009. If you read the articles, videos and other content from back then you will see the 3 of them looked happy while the other 2 looked exhausted and miserable. There’s even a video where Yunho said it was hard for him to keep going on in the work field but the 3 of them didn’t even react. They didn’t even answer anyone so Yunho had to keep talking…On their last stage together Yunho and Changmin looked even lifeless…