ZE:A’s Heechul attempted to cover up for Dongjun in light of his recent dating rumors.

On June 3rd, Heechul posted a photo with “##” caption on his personal Instagram. As many fans have flocked Heechul’s Instagram, showing their disapproval of the caption, the idol has deleted the issued photo.

Recently, many fans started to speculate that Dongjun has been in a romantic relationship with his close friend and musical actress Jung Jae Eun after noticing the two’s multiple usages of the now-not-so-secret “##” symbols on their personal Instagram accounts.

Many fans have voiced their dissapointment in Dongjun for deceiving his fans with so-called “##” secret communication with his lover. In the past, Dongjun has also received much criticism after giving a fan-gift to one of his acquaintances.

Amidst such controversy, the alleged dating rumours have been denied by both sides. 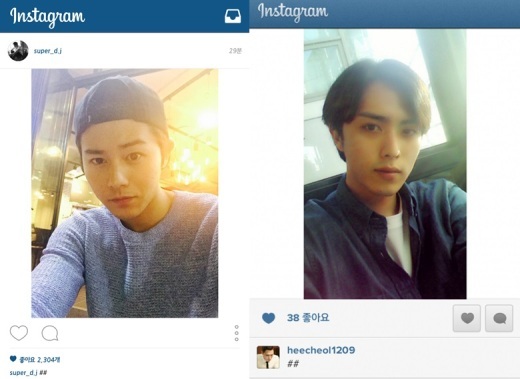