Since then, the group was able to compete to remain in the top spot alongside strong contenders hyukoh band and Zion.T.

Following the release of Ordinary, BEAST will be embarking on various promotions such as music program appearances and more. 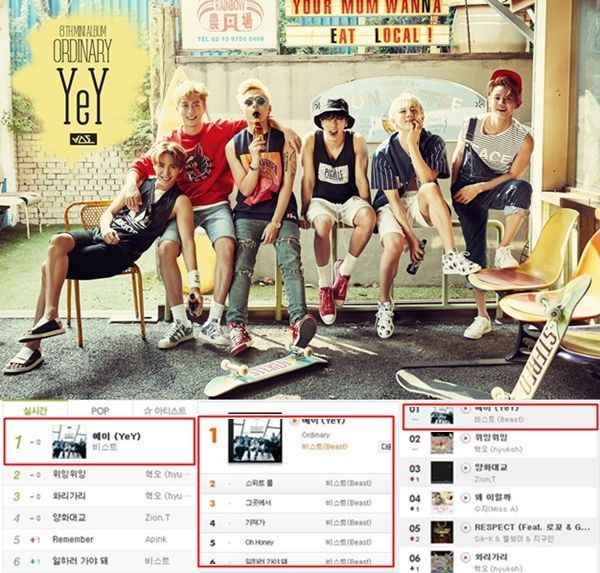