BLACKPINK have made K-Pop history by being the first K-Pop Girl Group to perform at the Coachella Festival.

Their energetic performances have been met with strong acclaim by not only BLINKS, but by both K-Pop and non K-Pop fans alike.

In particular, Lisa‘s stage presence and charisma has taken viewers by storm. 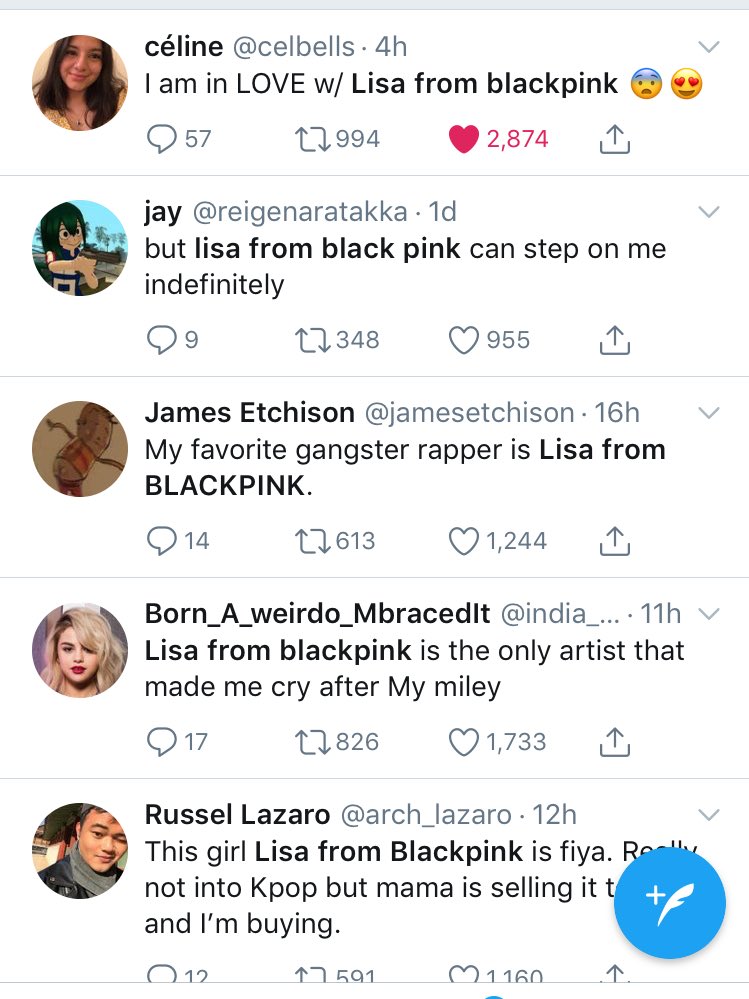 Coachella has given BLACKPINK additional exposure to American audiences and their fierce performances have been met with praise.

People who weren’t familiar with K-Pop were left eager to find out more about the “girl with bangs”.

i dont stan #blackpink but this girl with the bangs went OFFFF! can someone tell me who she is… i'm officially stanning 😫 pic.twitter.com/fPQHXvqejO

That Lisa girl from blackpink is so damn powerful.

no offense but I want Lisa from blackpink to step. on. meeeeeeeeeee.

So many people were eager to find more about the talented dancer and rapper of the group.

someone send me pictures of lisa from blackpink asap

Lisa from blackpink got me as addicted as me with Ariana.

There were those who enjoyed Lisa’s performance so much that they immediately put her alongside the likes of Rihanna and Ariana Grande.

Lisa from blackpink is Ariana’s sister for real

All in all, Lisa was incredibly grateful for this experience. She spoke to the crowd of her gratitude at being able to perform at Coachella in front of the whole world.

#BLACKPINKxCoachella_D1
LISA: We had so much fun. I think I’ll remember today for the rest of my life. ❤️❤️❤️#BLACKPINK  #블랙핑크  #LISA #리사 #Coachella pic.twitter.com/qiaxV5iEgP

BLACKPINK will be embarking across North America for the rest of this month, as part of their 2019 “In Your Area” World Tour.