DSP Media has given out a warning to everyone on their message boards against leaving malicious comments against their artists.

On July 30th, the agency writes, “Hello, this is DSP Media. There has recently been a lot of malicious comments and rumors circulating against KARA, Rainbow, and other artists that are under DSP Media, so we are conveying our official position.”

“Things such as baseless rumors and malicious comments have caused psychological damage to the artists and have also affected their acquaintances, family, and friends.”

“We will take strong measures against the first distributor and anyone else who spreads the malicious comments in order to avoid an unsavory situation.”

“We would like to ask for everyone’s considerate actions in order for DSP Media’s artists not to be wounded from bad comments and false accusations.” 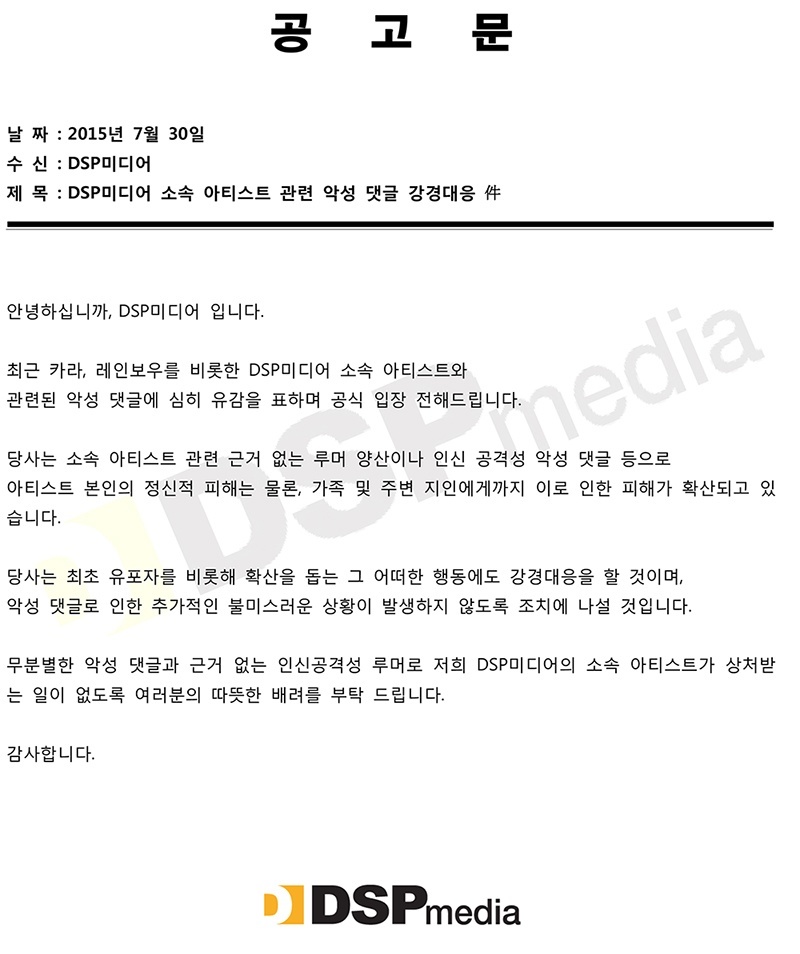