Girls’ Generation’s Tiffany makes her first public appearance following news of her break up with 2PM’s Nichkhun were published.

On June 2nd, Tiffany joined fellow member Yuri as they attended the launch of the books “Actress Makeup Book” and “Girl Group Makeup Book” at The Street, Cheongdamdong, Seoul.

She was able to display a bright appearance with her rosy, minimal makeup and printed dress.

The two members were also joined by fellow SM Entertainment artist Red Velvet who celebrated the launch with other attendees.

Meanwhile, after being together for nearly a year, it was reported a few days ago that Tiffany and Nichkhun are no longer a couple and refused to release the details of the break up.

Setting their personal commitments aside, both are currently busy preparing for their respective comebacks. 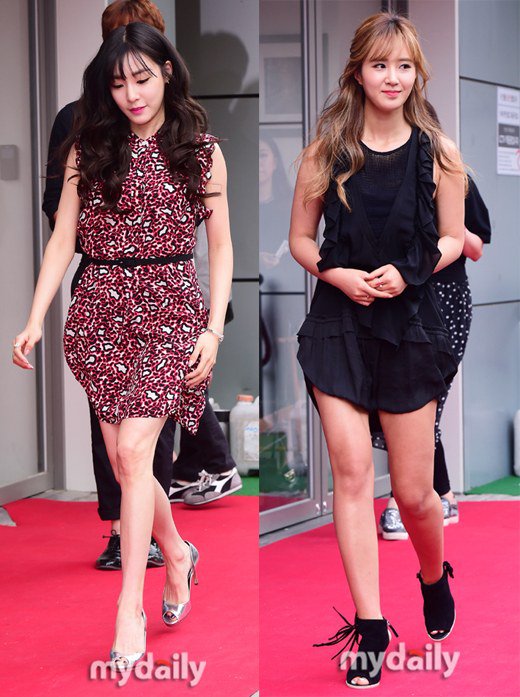