After confirmations that Joo Sang Wook and Cha Ye Ryun are in fact dating, the new couple faced new controversy from their fans.

On March 30th, fans were angered by the news claimed by another fan citing that Joo Sang Wook gave the jacket, a gift from his fans, to girlfriend Cha Ye Ryun. The controversy began after the actress was spotted wearing the identical jacket to a recent event, which was met with disappointment from their fans.

According to the fans, the padded jacket was a limited edition item worth 800,000 won and was given to the actor in November last year. The speculations further heightened as it claimed that the item that the actress was wearing looked a size too large and posted photos as evidence.

However, in a statement from the actor’s agency, it was clarified that the actor initially returned the jacket to the store to change the size. However, the item that was seen on Cha Ye Ryun was not the same fan gift, as she also owns the same padded jacket. 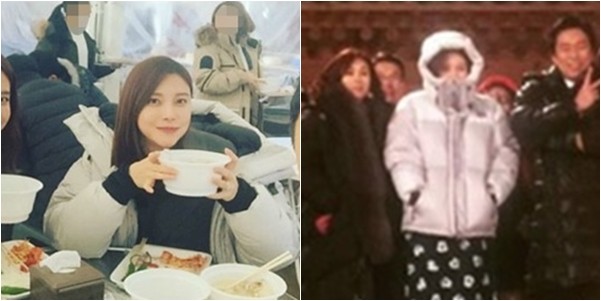 One SEVENTEEN Member Was The Driving Force Behind Their Contract Renewal, And The Others Are Grateful