Hoon himself decided to participate in the sexual role play by reading aloud Super Junior Heechul‘s part in one of the fan fictions. Watch the video below! 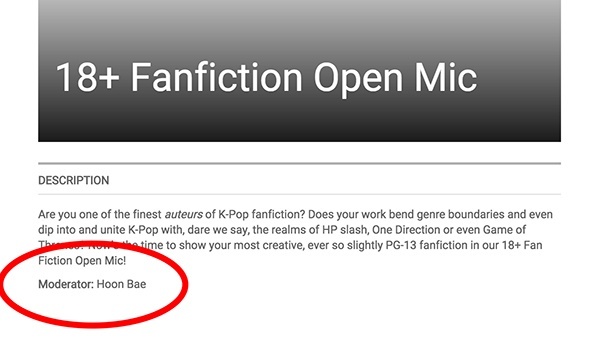 Here’s a transcript of one of the readings.

Some fans were lucky enough to capture the moment on video and shared it via Twitter. Check it out below:

I CAN T BELIEVE pic.twitter.com/XTAWDKU6y7

Fans immediately went to Twitter to share their disgust and disappointment at the reading being allowed at KCON with idols roaming the event.

kcon really did a 18+ fanfic reading like…..imagine how the idols feel…how exploited these fics make them pls stop