A Korean high school student was tasered after trying to fight a cop, and uploaded a lengthy post expressing his resentment.

Police received a complaint about a group of high school students loitering at a local park in Osan in the middle of the night, by smoking, drinking alcohol, cursing, and shouting.

Upon arriving at the park, police told the students to go home, but when one student refused and grabbed a cop by the collar, he was immediately tasered.

Shortly after, the student took to his personal Facebook and explained that he was tasered up to 9 times, and that the police who tasered him exhibited excessive force.

He also uploaded photos of his injuries from the taser guns, showing various punctures and bruises on his skin.

MBC interviewed the student, who explained that he would be willing to receive the punishment for obstruction of justice, but felt that a taser gun was unnecessary. 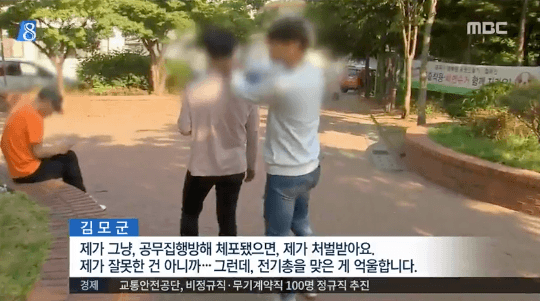 The video of the incident soon spread throughout Korea and there were mixed reactions, but Osan Police explained that they had no choice to taser him, and that it was a justifiable act. 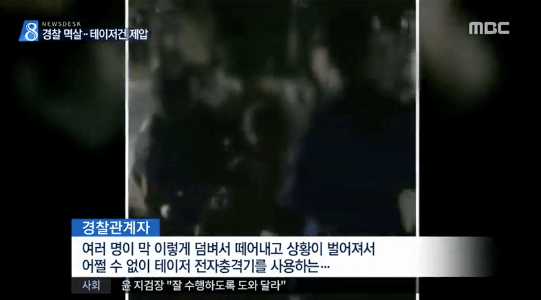 “There were multiple students coming at us and trying to push us away, so we had no choice but to use the taser gun.”

Police reported that the students involved in the video will soon be investigated. Watch the full uncensored clip of the incident below.