Just hours after releasing the first half of her album Seoulite, Lee Hi has achieved her first all-kill for the album with the title track “Breathe.”

Lee Hi released Seoulite on March 9th along with the double title track’s music video for “Hold Your Hand” and Breathe.”

Described as a healing-genre track, “Breathe” is composed and written by Jonghyun of SHINee himself with co-composing work by Wefreaky. This notes as the first collaboration between any YG and SM Entertainment artists, and thus, almost unsurprising at the popularity of the track.

Meanwhile, Lee Hi’s other title track “Hold Your Hand” is also doing well on the digital charts, ranking #4 on MelOn, #3 on Monkey3, and #2 on Mnet, Bugs, Olleh, Soribada, Genie, and Naver Music. 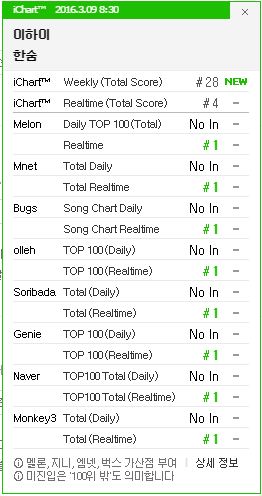 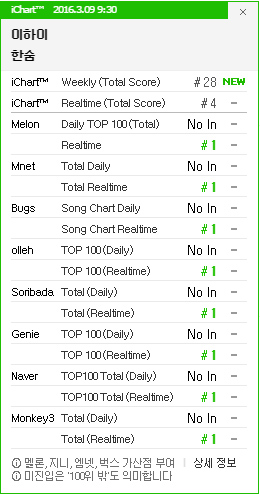 12 Of the Most Iconic Hairstyles V Rocked Through The Years