On October 23rd, a report stated that EXO Lay will not be participating in EXO’s Japanese tour, “EXO PLANET # 2 – The EXO’luXion – in JAPAN”. Korean netizens upon hearing this news have begun expressing their worry and fury over his action believing that this signifies that he will most likely leave the group as well.

Below is the entire post and translations by SM 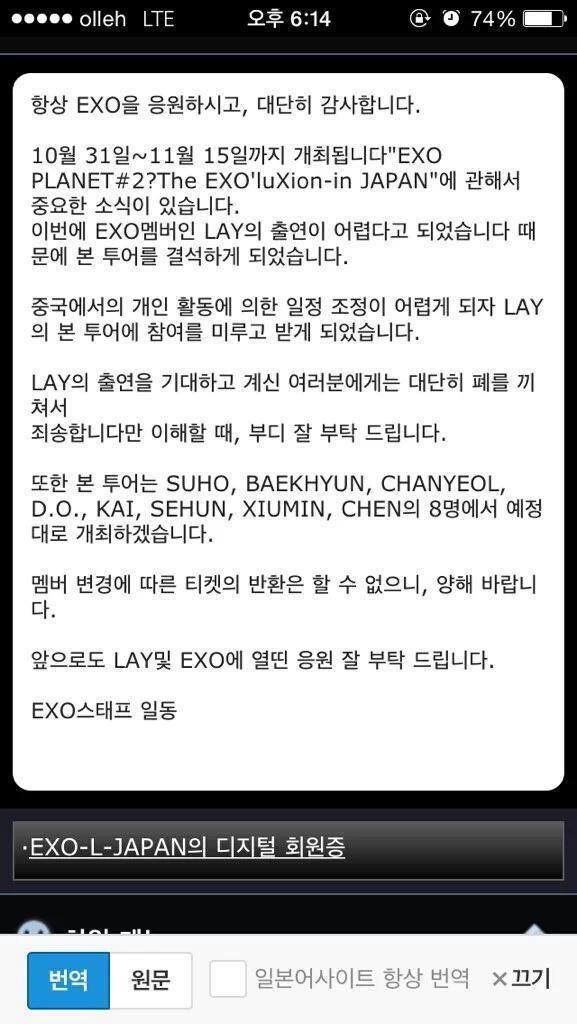 “We would first like to thank all of you who continuously support and love EXO. We have important news with regards to “EXO PLANET # 2 – The EXO’luXion – in JAPAN”. It has been decided that Lay will not be participating in this tour. This decision has been made due to the fact that his personal schedules in China are not adjustable. We are sorry to those who were looking forward to his appearance and would like to apologize. The tour will continue as planned with SUHO, BAEKHYUN, CHANYEOL, D.O, KAI, SEHUN, XIUMIN, CHEN. A refund of tickets due to this reason will not happen. Please understand and continue to cheer for EXO and Lay.