During GOT7‘s recent FLY World Tour stop in Hong Kong, a physical altercation between a Korean fan and a Chinese fan resulted in police involvement.

According to reports, a physical brawl occurred after a Korean fan rested her DSLR camera on the shoulder of a Chinese fan who was standing in front of her. While trying to remove the camera from her shoulder, the Chinese fan allegedly knocked over the Korean fan’s glasses, causing the Korean fan to physically assault her.

After hearing what had happened, many Korean netizens have condemned the Korean fan for her lack of manners and respect while traveling to a foreign country, agreeing that the Chinese fan was not to blame for the incident. 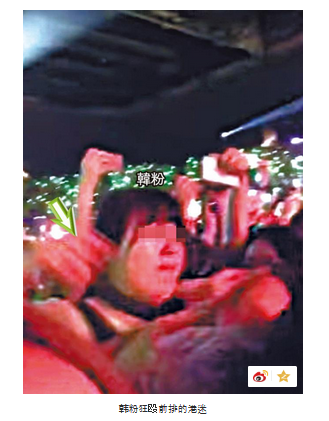 Check out the music video for GOT7’s latest comeback “Fly” below: