MMO Entertainment‘s Daniel Kang sustained an injury while practicing for his upcoming performances on Produce 101 Season 2.

A picture recently uploaded to social media by the nurse who treated him showed Daniel Kang wearing a cast on his wrist and a splint on his thumb.

Even though he suffered an injury, he could still be seen smiling brightly in the picture. 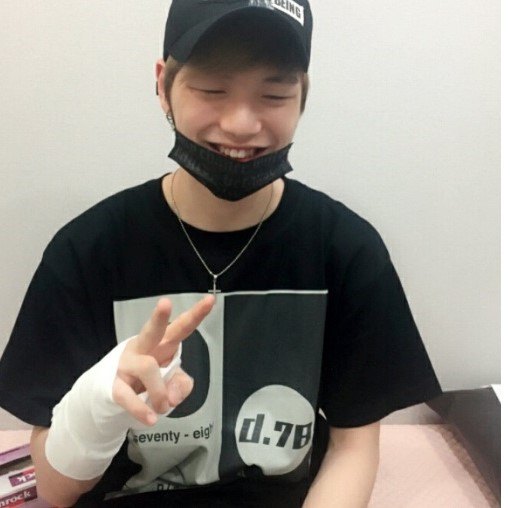 An official from MMO Entertainment revealed that Daniel Kang suffered this injury while he was practicing for his performance on the show. The official also mentioned that the injury was not serious.

The official also mentioned that the injury was not serious.

“Daniel Kang’s injury is not serious. It will not have much of an effect on his training.”

After episode 6, Daniel Kang was ranked #2 out of the 59 trainees remaining at the time. Unfortunately, he dropped to #21 out of 24 trainees in the dance position rankings in episode 7.