SECRET’s Song Jieun is slowly teasing for comeback promotions by releasing a teaser image for her second mini-album.

On September 6th, TS Entertainment unveiled the first glimpse for Jieun’s big return and announced the title for the mini-album, Bobby Doll. The singer was featured wearing a black and white dress while posed in front of a scenic background. She also gave a refreshing and romantic vibe as she smiled with her closed.

The romantic vibe for her return also excited her fans as this will be her first album release since promoting 25 back in 2014. 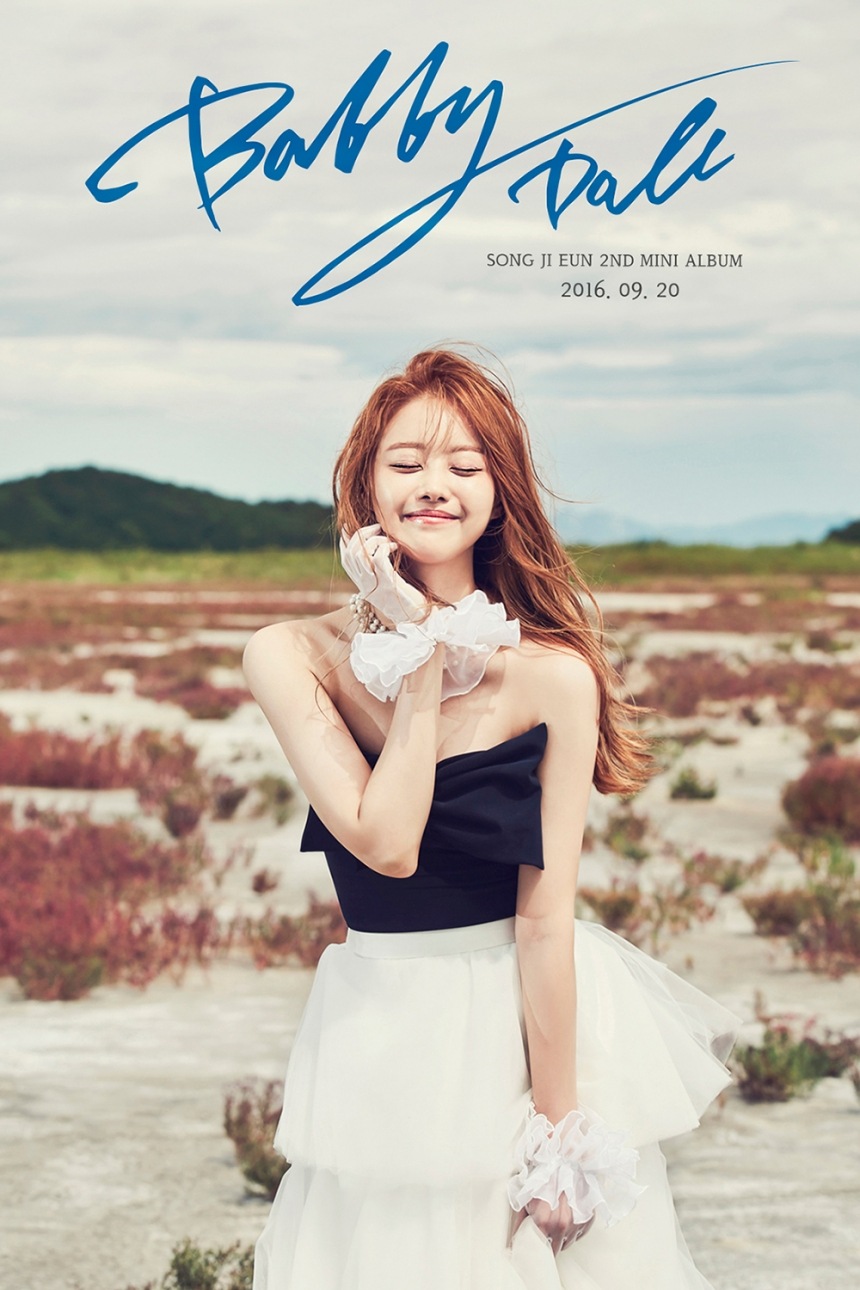