Chinese media Sina has removed the quote from SM Entertainment in regards to Tao’s alleged departure from EXO.

April 16th began with Chinese media iQIYI reporting that Tao will be terminating his contract with SM Entertainment, and will therefore be leaving EXO.

As various media outlets attempted to reach the agency for a statement, Sina revealed that a representative from SM Entertainment stated the agency is not sure about Tao’s alleged contract termination. This left fans buzzing as Sina was the first outlet to report on the departures of Wu Yifan (Kris) and Luhan, and the quote appeared to be ambiguous.

However, as of 5:40pm KST, the quote has been removed from Sina’s original article. In the updated article, Sina reports that there have been rumors of Tao’s departure and provides a summary of events up until now. The article ends saying that Tao’s side has not commented on the matter, with no mention of SM Entertainment’s stance in regards to the issue.

The following is a screenshot of the original article from Sina, with the quote from SM Entertainment. 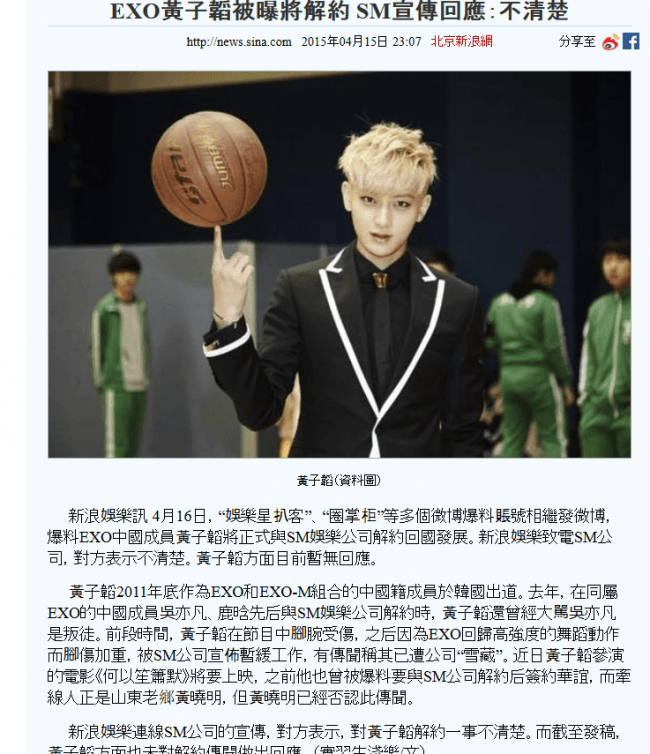 The following is a screenshot of the article as of 5:40pm KST, without the quote from SM Entertainment. 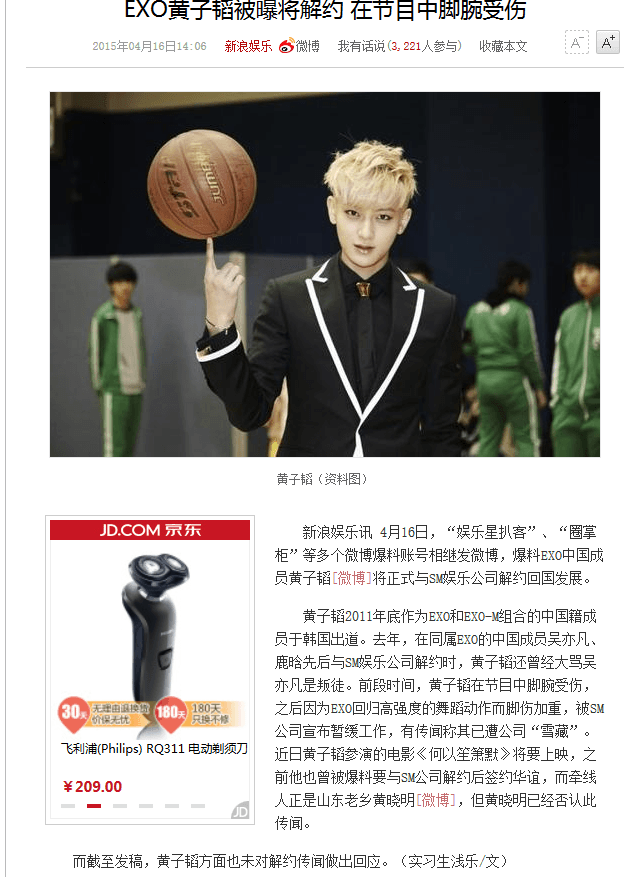 Stay tuned to Koreaboo as we continue to follow the issue.