The first image for the upcoming collaboration between SISTAR‘s Bora and Unpretty Rapstar members Kisum, Lil Cham, and Jace has been published.

On April 16th, a monotone pictorial consisting of two photos were released via SISTAR’s official Twitter account, revealing the four women’s transformations as sexy prisoners as they donned stripped outfits. Posing in one with a male, whose face is covered in a large but cute gorilla mask, they absolutely exhume a fierce and strong charisma. 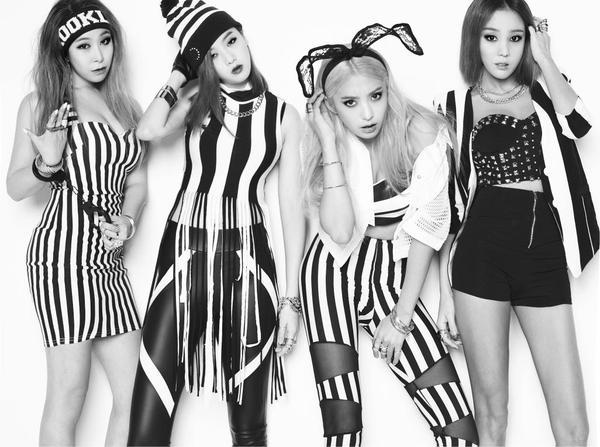