C9 Entertainment will be taking legal action against malicious comments about their artist, Wanna One’s Jinyoung. 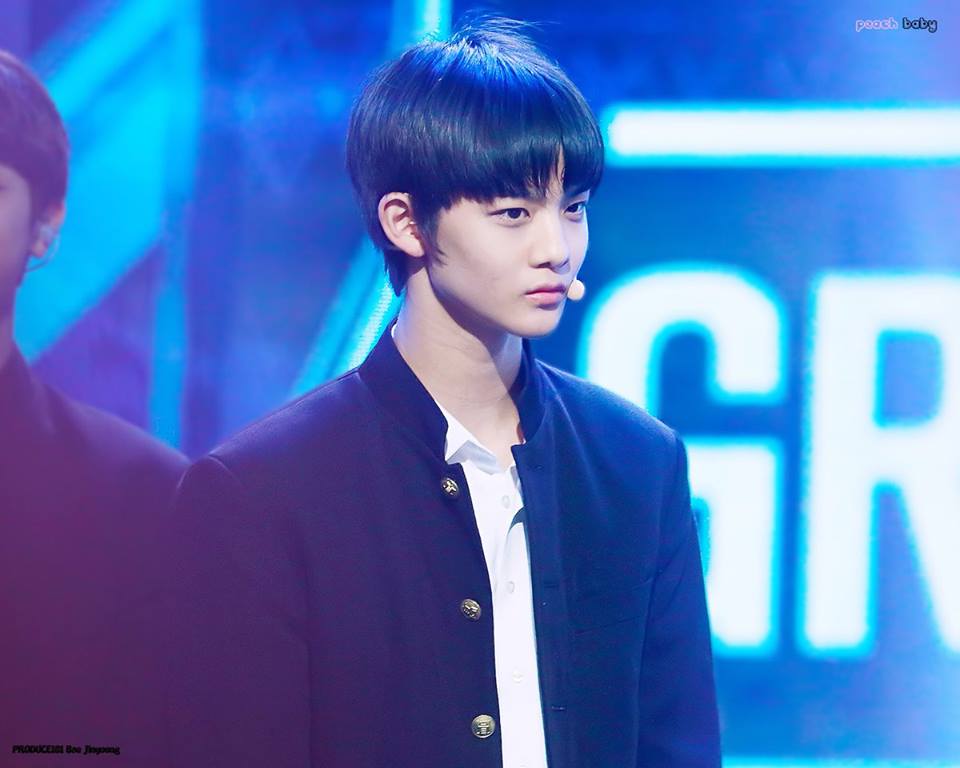 Jinyoung, who is still a minor, has been receiving constant comments of sexual explicit nature. 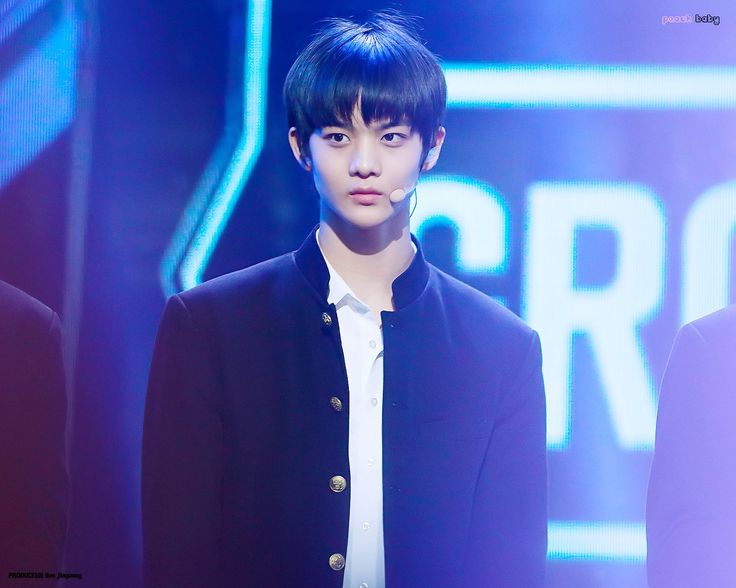 His agency expressed their shock at how malicious and inappropriate the content was, and has decided to take a stand. 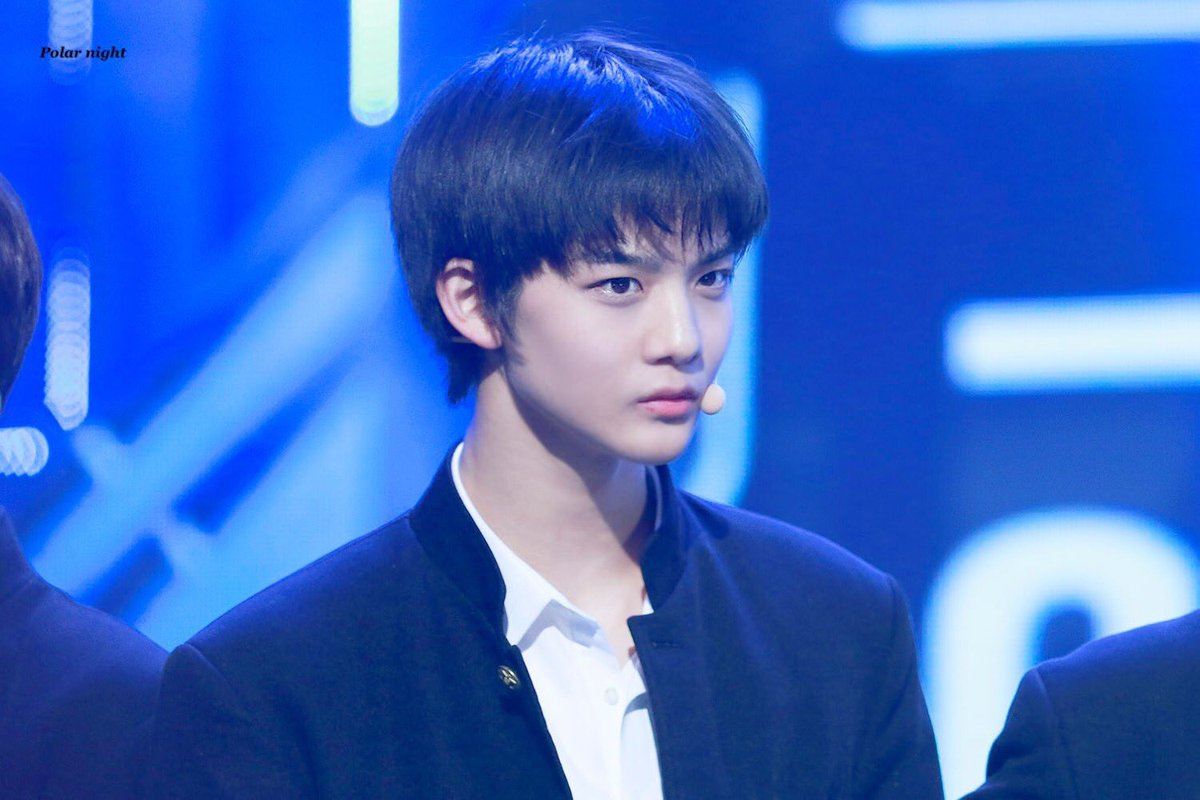 Below is the full translation of their official statement:

“Hello. This is C9 Entertainment.

In particular, we could not hide our shock at how jokes about sexual harassment are being made about a boy who is still a minor.

After discussing with the litigant [Bae Jin Young], he has decided to take legal action, and is planning on collating his evidence along with PDF files sent in by his fans to criminally prosecute the commenters for Cyber Contempt.

There will be no clemency for those who post or share these posts, and we will consistently be collecting more evidence so as to prevent any future damage to the litigant artist.

Please send information about any malicious comments or slander about our artists to c9entstaff@c9ent.co.kr. 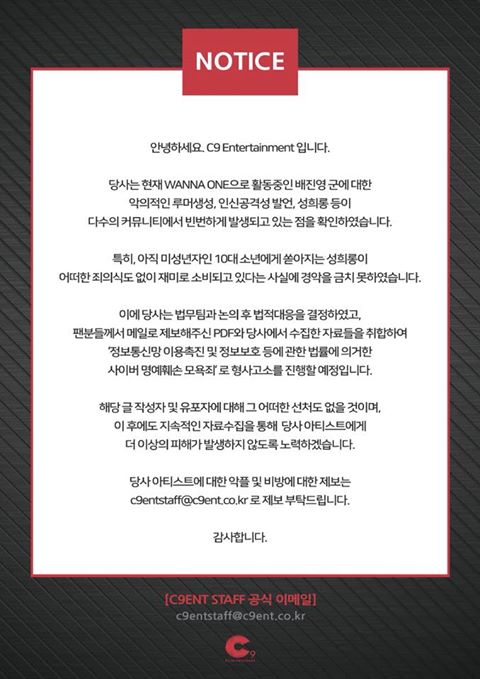