These photos seem to appear slightly off at first, but a closer look reveals what’s actually going on!

Sometimes the angle or position that a photo is taken at can cause the picture to turn out strange. At first glance, eyes can be easily fooled by the simplest camera tricks. Celebrities are no exception to this.

These photos of Korean celebrities all have their optical illusions too!

In a post workout selfie with Joon Park, Suho, and Kai, Chanyeol appeared to have three arms. 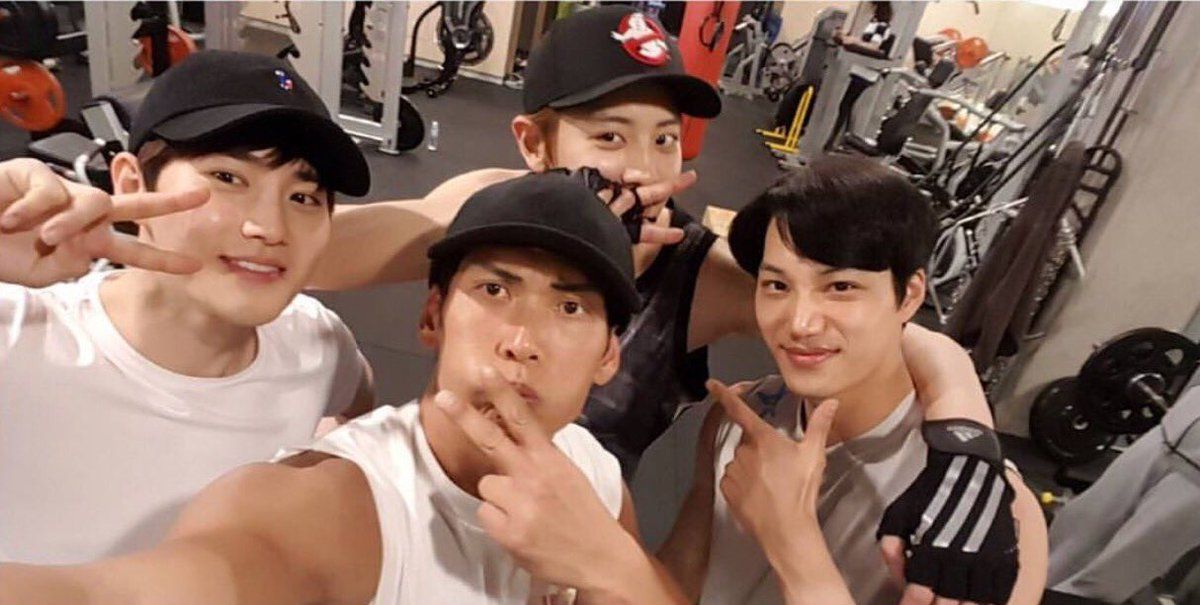 Chanyeol’s right arm was actually bent, and he’s holding his fingers up in a peace sign with the same hand. It’s hard to tell because the bend in his elbow hidden behind Suho’s head.

At first glance, it appeared that Um Ki Joon had a design of two black vertical stripes on his shirt. 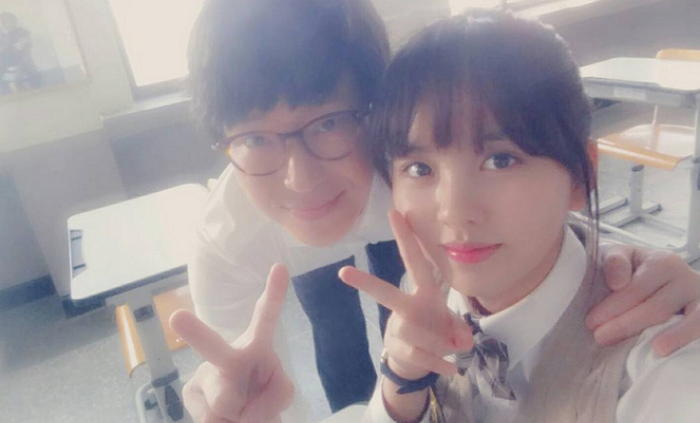 It’s difficult to tell, but he’s actually bent over, and those black stripes aren’t a design on his shirt at all, they’re his legs!

In a photoshoot with AOA‘s Seolhyun, it looked like Go Kyung Pyo‘s legs were widely spread. 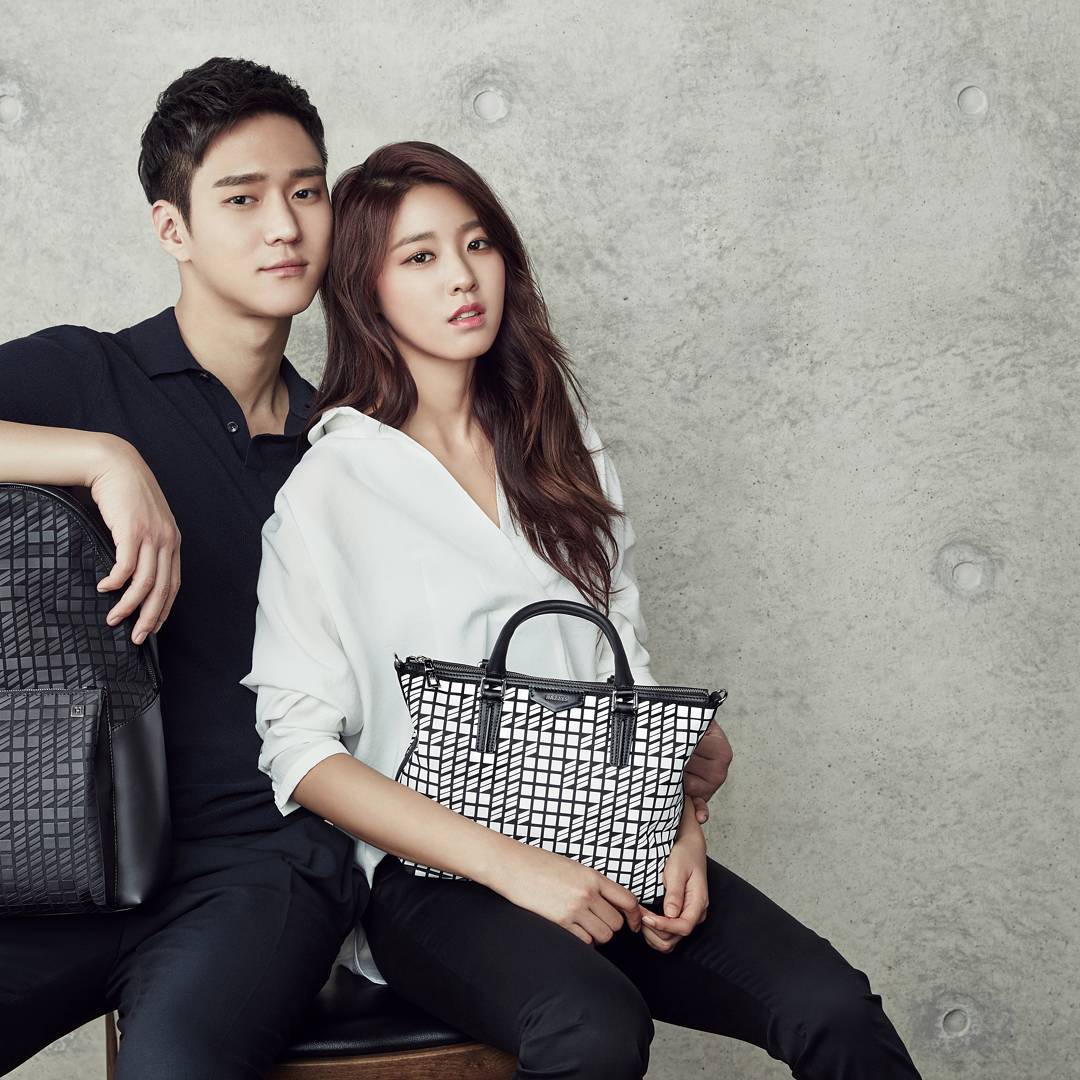 But his legs aren’t spread widely at all. The similar colors of their pants make it difficult to distinguish whose legs are whose. He’s actually sitting with his legs the opposite direction from her, and his body is turned. The distinguishing factor is that Seolhyun’s pants are black, and Kyung Pyo’s are navy blue.

In this photo, it looked like Song Hye Kyo was missing an arm. 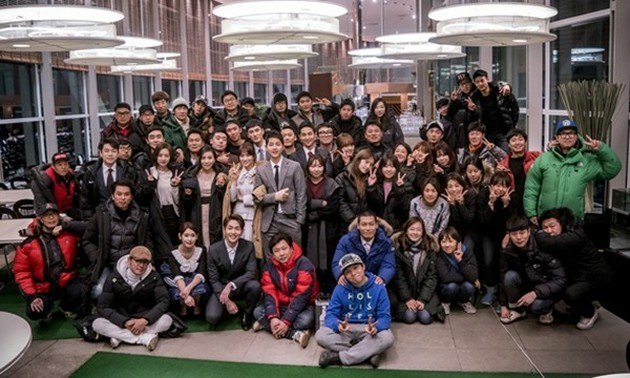 But upon closer inspection, it’s easy to see that her arm was wrapped around her waist. 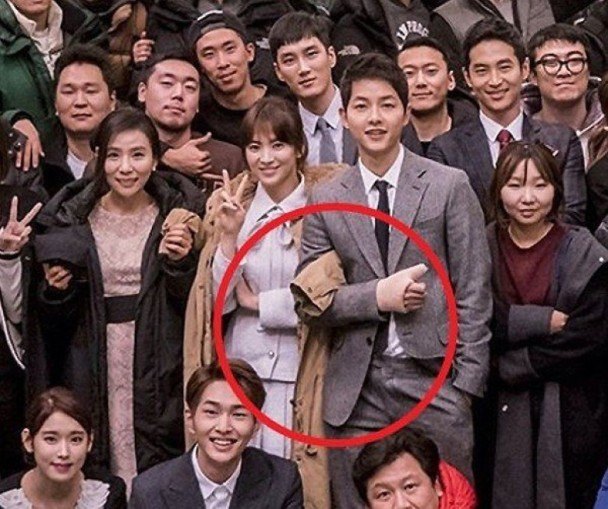