Sasaeng fans often cross the line when it comes to their favorite idol’s privacy, but these “fans” may have taken things a whole lot further.

From concerts to fansign events, idols are always interacting with their fans, but one thing that is important is ignored by some fans…

These interactions are based on trust but some fans take advantage of that trust.

Some fans are not always respectful of boundaries and these GIFs of fans crossing a very intimate line are proof.

During a 2015 fansign in Mexico, one fan first pretended to converse with Gongchan before she grabbed him by the back of his neck and pulled him towards her for a kiss.

Gongchan reacted quickly, however, and pulled away before she could kiss him.

During iKON‘s fansign last September, a fan gave Yunhyeong a surprise kiss while they posed for a selfie together.

Yunhyeong immediately flinched away but she had already kissed him on his jaw.

Nevertheless, he seemed to forgive her as he continued to take a proper photo with her even after the kiss.

During one of his pool party concerts, Jay Park was grabbed and hugged by women from almost every direction as he tried to make his way through the crowd and onto the stage.

While one fan jumped the fence and locked him in an embrace, other fans scrambled to kiss him anywhere they could while he made his way past them. 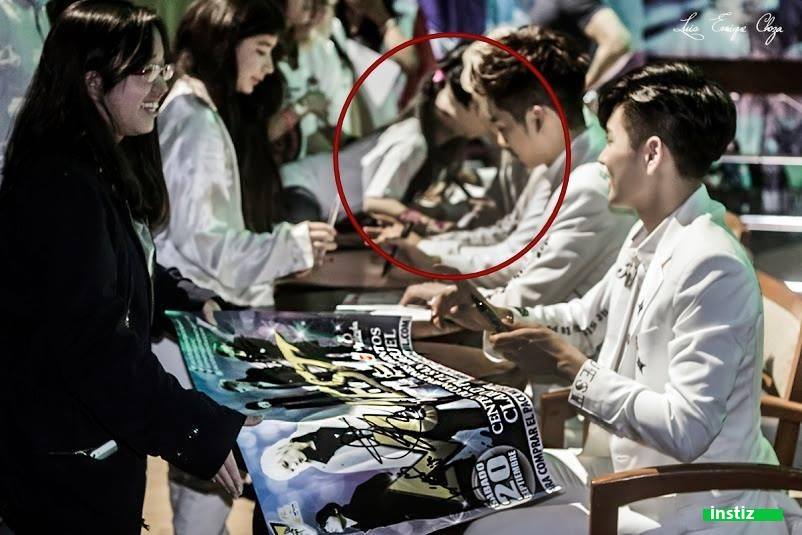 During one of NU’EST‘s fansigns, a fan leaned over the table and pretended to whisper something into Minhyun‘s ear before unexpectedly kissing him on the cheek.

In 2010, BoA was hosting a mini-fansign in America, when an older lady pretended to be in mid-conversation with her in order to get close and try to plant a kiss on her cheek.

BoA looked alarmed as one of the staff members pushed her back, but according to fans, BoA continued to converse with her fan and exuded professionalism.