Han Seo Hee is under fire again, this time for mentioning a controversial phrase commonly used to diss EXO-Ls. 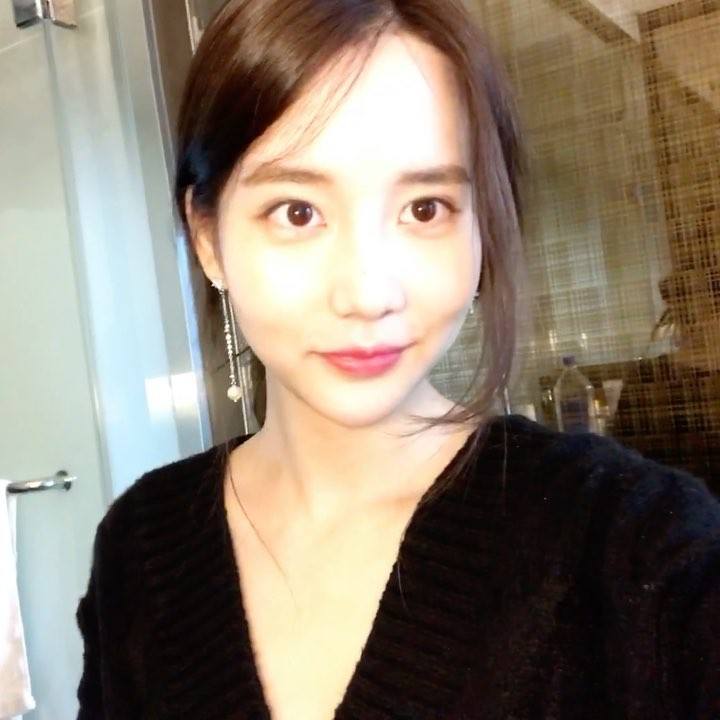 During her live stream, she talked about various common phrases used in a Daum cafe called “Yeosung Shidae”, or “yeoshi”. 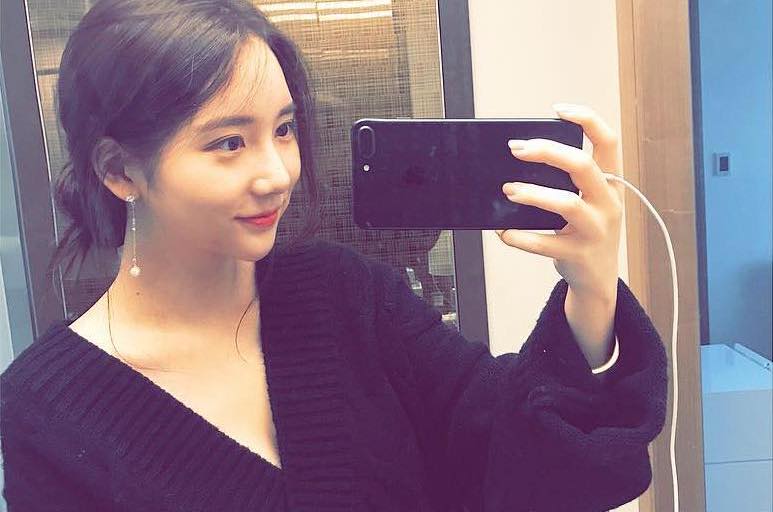 “Yeoshi” translates to “Women’s Generation”, and as its name suggests, it’s a large online community consisting of only women.

While their objective may sound empowering, some of the ways the cafe’s members advocate feminism is often heavily negative towards men and K-Pop idols. 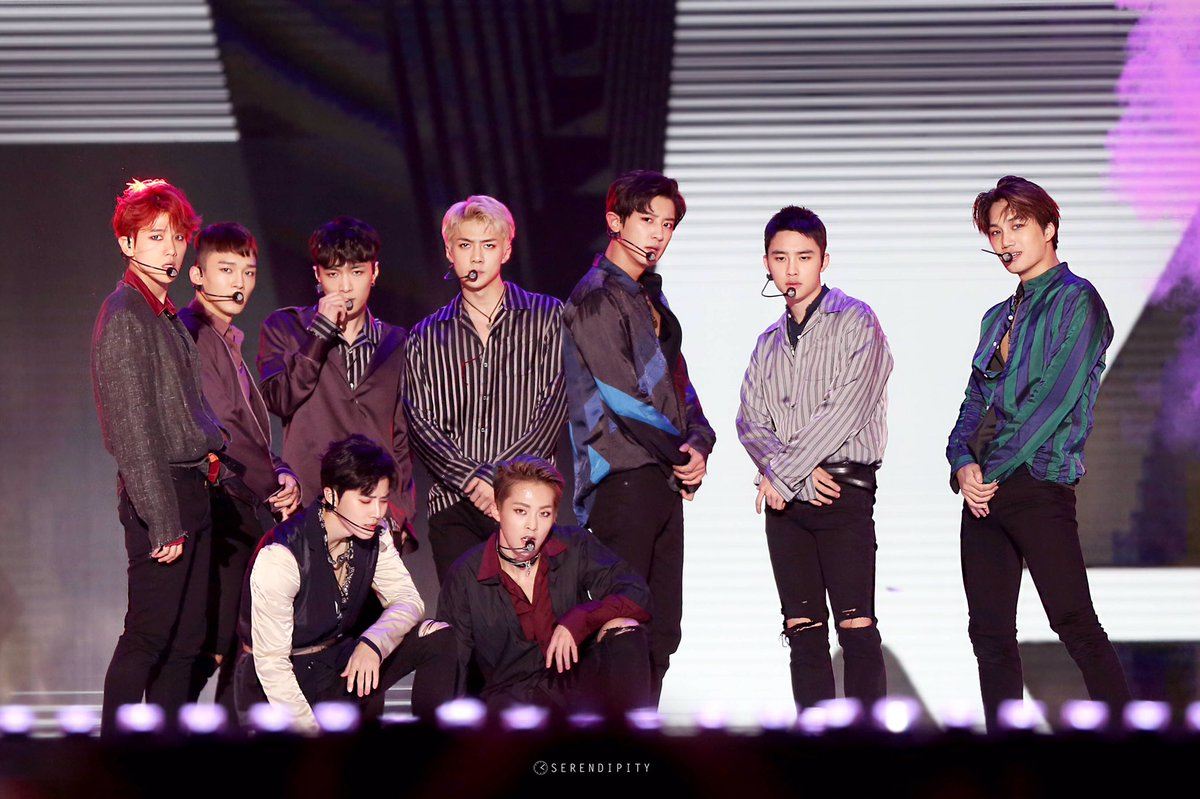 The cafe itself is famous for starting up various idol rumors, but it’s more well-known for frequently dissing EXO-Ls.

While talking about the common phrases in the Yeoshi community, Han Seo Hee explained that there was one particular phrase she avoided saying.

“You know how there’s that really famous phrase.. You know which one. The one I’m not allowed to say. If I do, I’ll just get dissed again.

That’s the most famous phrase. You know, the one that starts with “Your attitude…” That one. I don’t think I should say that one.” 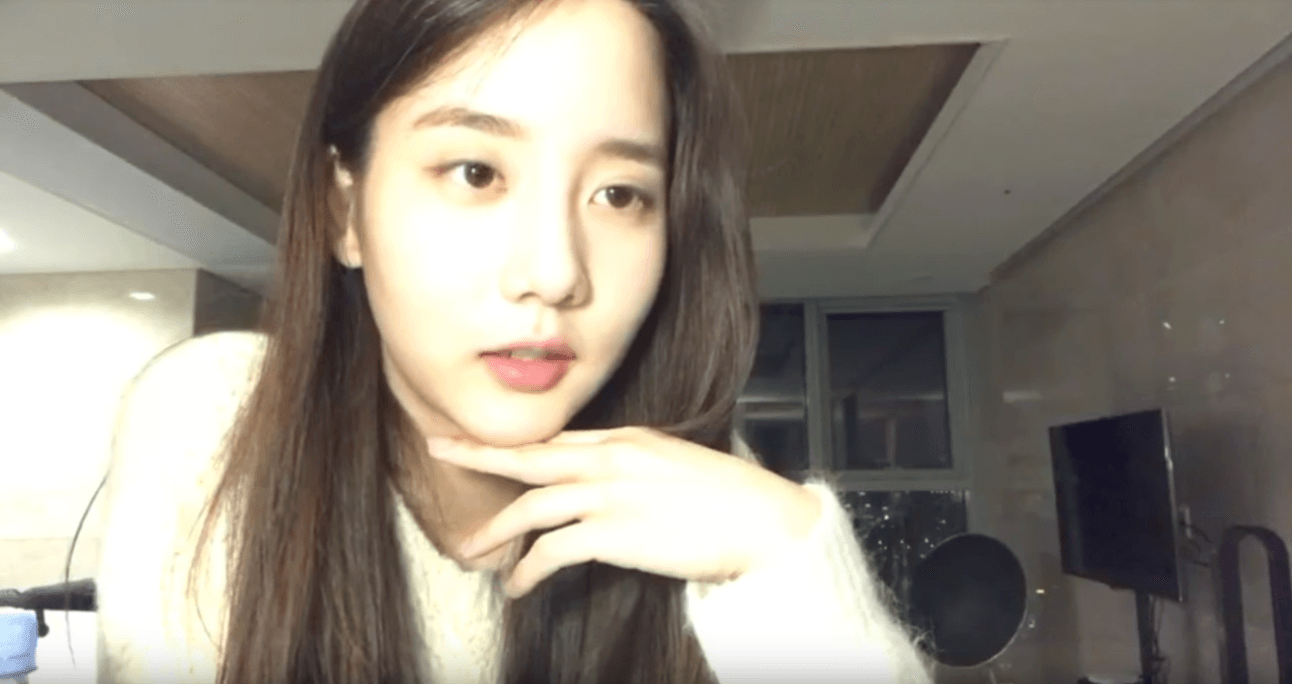 Those who watched her stream speculate she may be talking about the phrase: 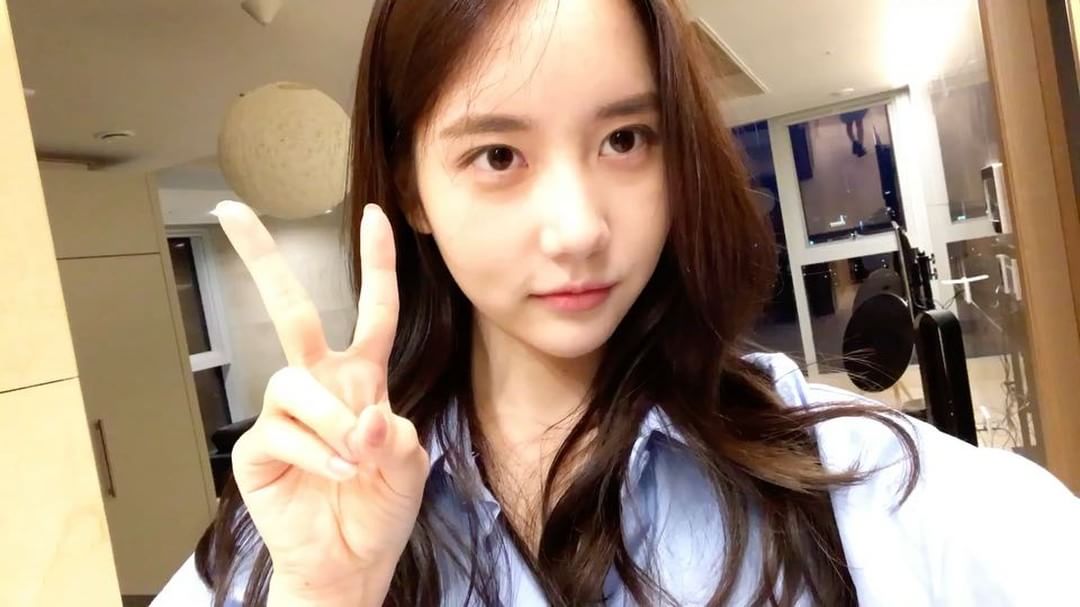 “L-ish” refers to EXO-Ls, and Yeoshis commonly use this phrase to describe people with bad attitudes, thereby criticizing all EXO fans. 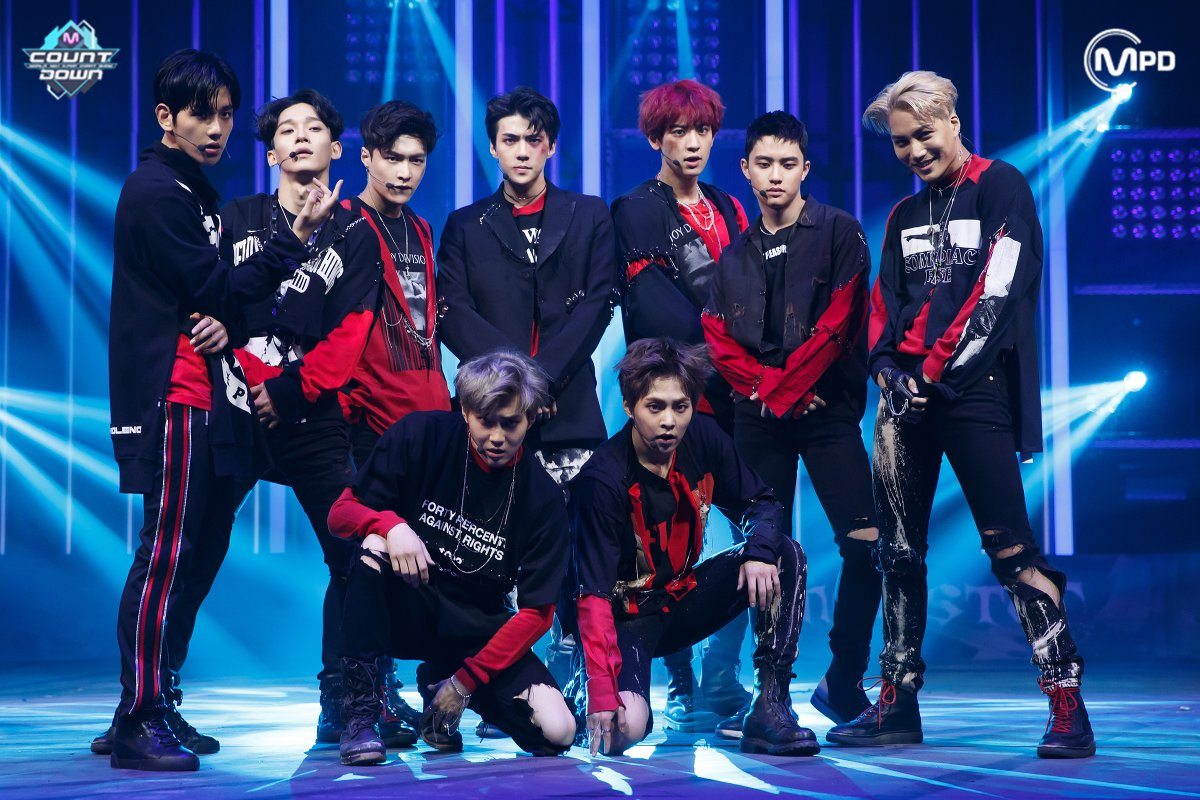 Shortly after, netizens began criticizing her for dissing EXO-Ls, and she uploaded another apology, which has since been deleted.

“Several people asked me what kind of phrases were trending in Yeoshi, so I just said, ‘What kind of words come out of Yeoshi?’ without really thinking. If you got hurt by my thoughtless words, I’m sorry.

Just because I’m a member of Yeoshi doesn’t mean I’m criticizing other idols’ fans or other celebrities. I didn’t really know what word meant, so it came out of my ignorance. I’ll apologize properly in my next stream, I’m sorry.” 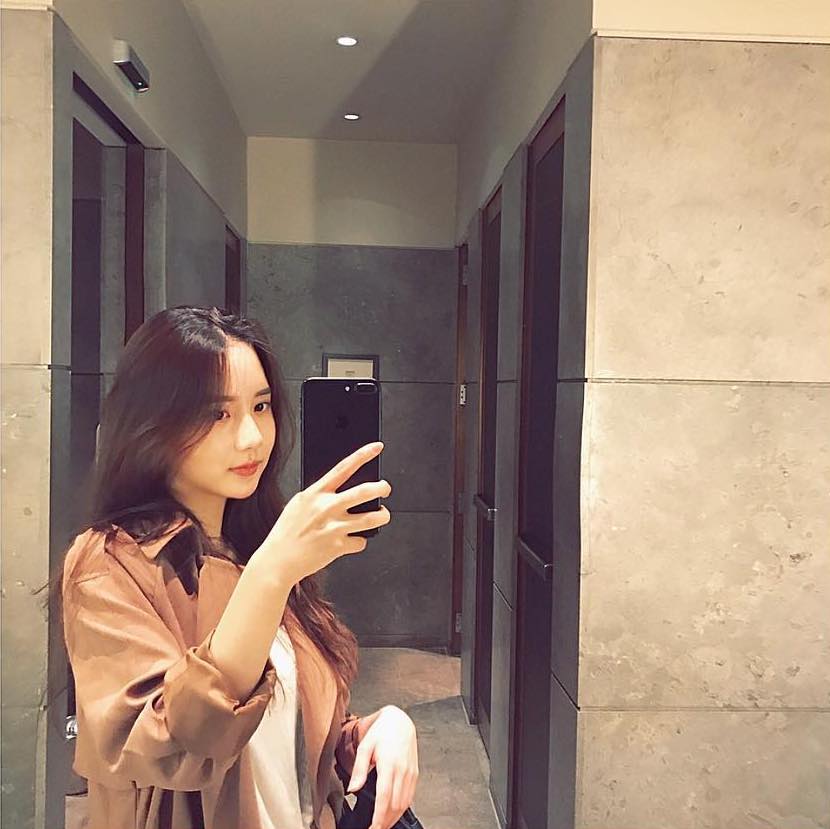 Her apology, however, wasn’t enough for EXO-Ls, as they bombarded her DM inbox with malicious messages.

“…They trust us and we trust EXO. That’s all we can do for them, but f*ck, now do you know that a b*tch like you is no different from Liwon [notorious EXO sasaeng]??

Because of you, our babies [EXO] can’t even go outside whenever they want, and you make them cry and give them scars. You do know that their personalities are all changing because of that, right? I bet you don’t even f*cking understand ㅋㅋㅋㅋㅋ

Just go to a psychiatric ward, and if you ever annoy our babies again then we’re going to meet face to face and fight alright?

Awwwwㅜㅜ Are you scared?ㅜㅠ Don’t be scared you f*cking bitch ㅋㅋㅋ” 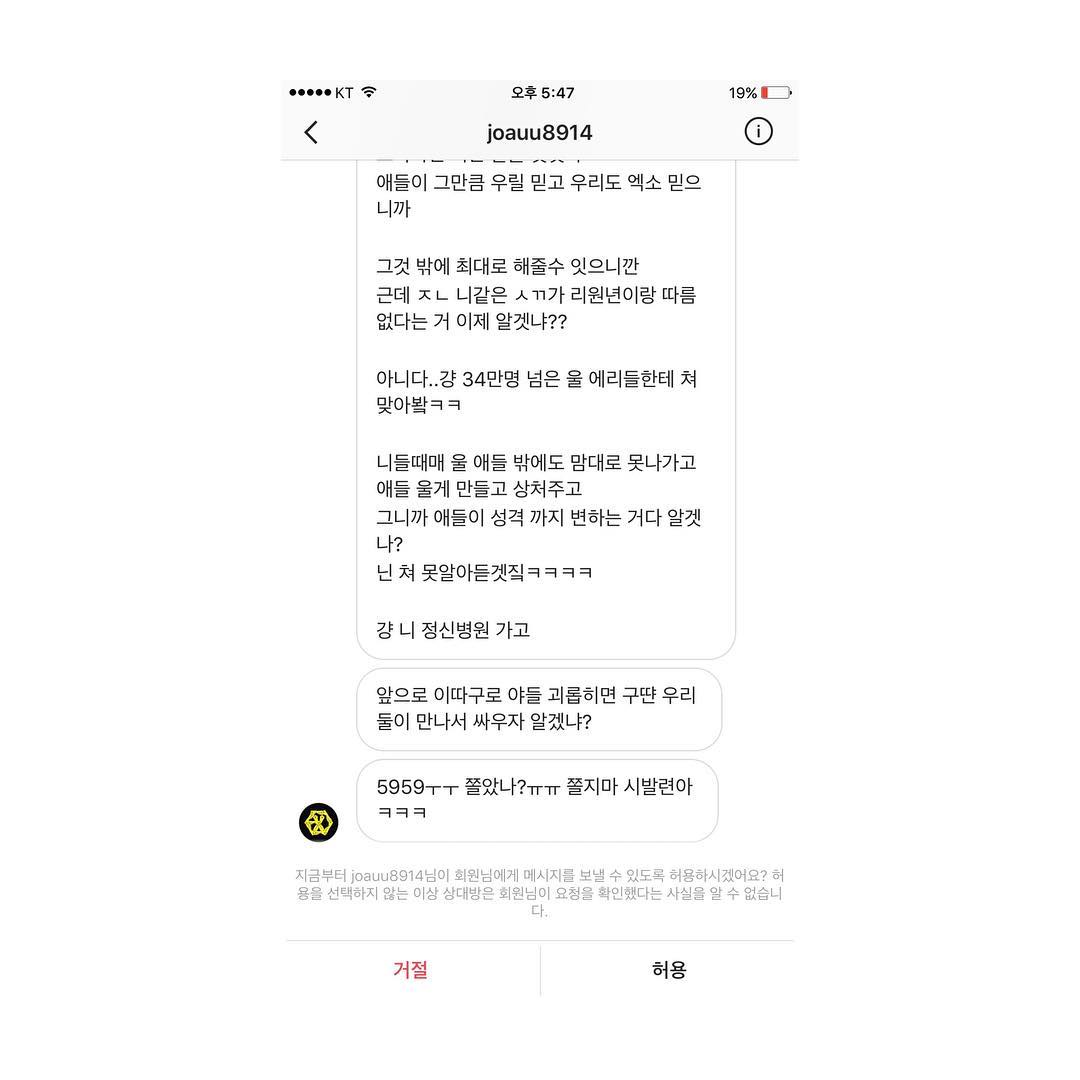 “Han Seo Hee you b*tch with a dead mom, piss off. You’re just showing everyone you didn’t get familial education because your dad and mom are dead tsk tsk.

If you’re a criminal, go to jail like every other criminal. How dare you, a marijuana criminal, mention a fandom that you’ll never be able to have, just to be dissed?

Cut off your wrist and rip off your fingers, joint by joint you f*cking bitch ㅎㅎ You don’t even deserve to have skin, nor do you deserve to even eat,, Just eat pig shit and piss.” 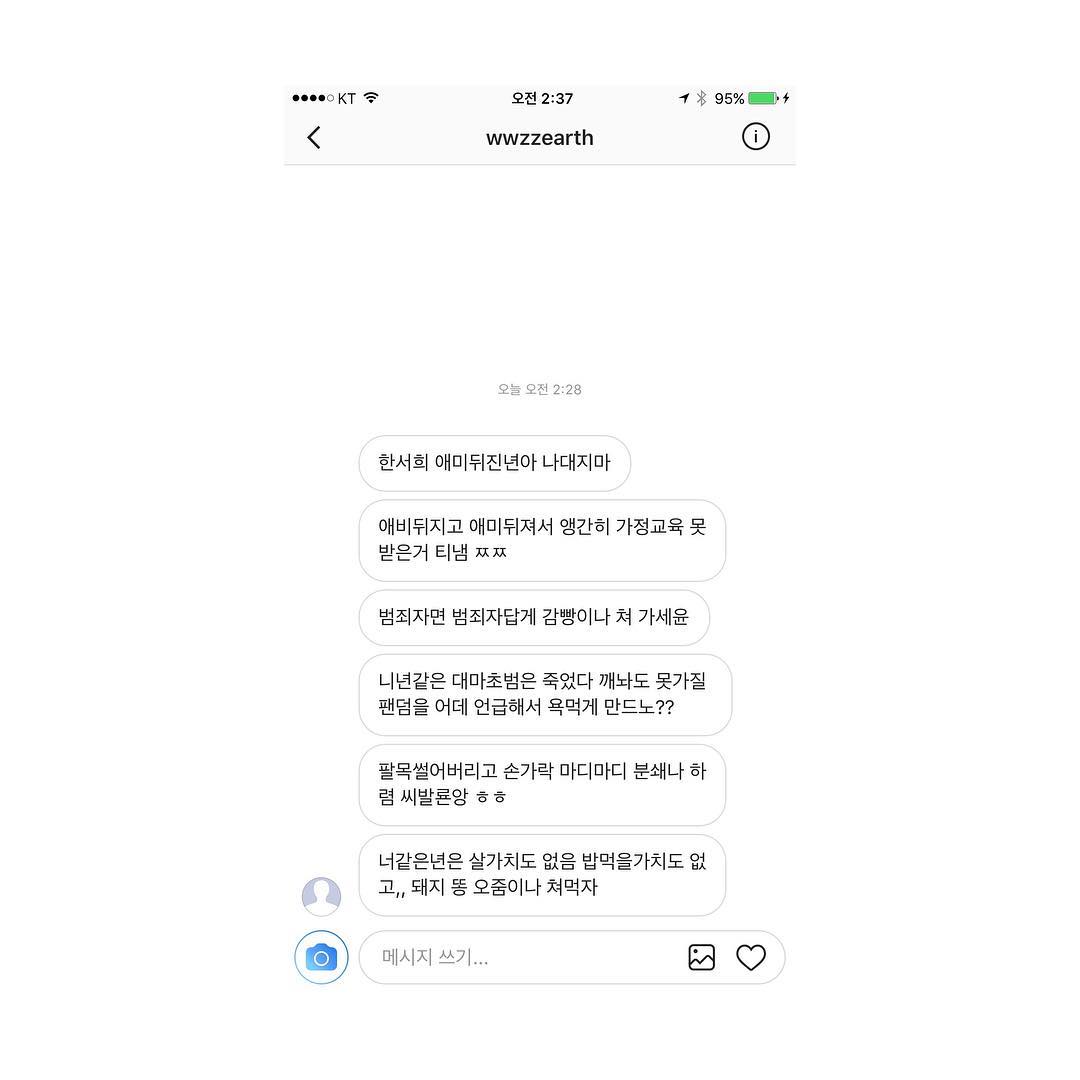 Han Seo Hee then announced that she’s currently collecting evidence of malicious comments and DMs directed at her to take legal action.

“Originally, I was going to exclude all women from being sued by me…. But from now on, please send me PDFs of all the malicious comments and posts ^^7