In this particular selfie taken with a fan, Chung Ha was seen wearing minimal makeup with casual clothing for shopping and posing prettily to the camera.

However, eagle-eyed netizens noticed that Chung Ha was not the only idol in the photo. They have pointed out that there was someone at the top left corner wearing an over-sized shirt and a mask. This person turned out to be none other than BTS‘s Jungkook, which led fans on a wild train of imagination all over the Korean community.

Take a look at the photo below and let us know what you think. 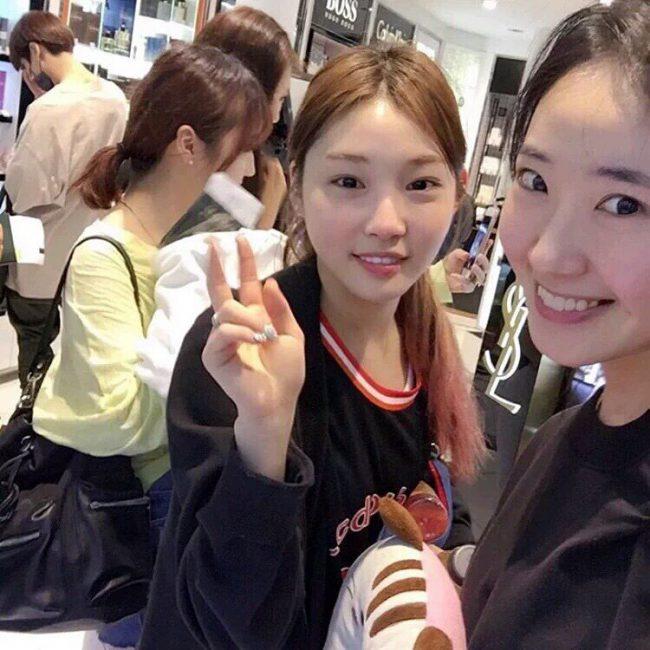