Although there are many beautiful female idol groups, rookie group IOI has been praised for having exceptional visuals.

And while the girls have already been praised for their beauty in the past, fans couldn’t believe the level of member Kang Mina‘s visuals in a recent photo. Although she was just stepping out of the group’s van on the way to filming for SNL Korea, the Jellyfish Entertainment singer’s bright complexion and radiating aura helped her stand out and shock fans with her visuals. 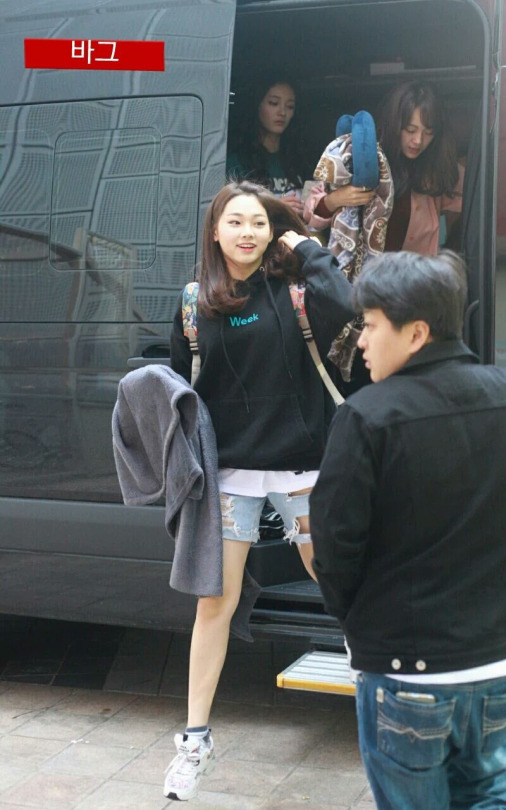