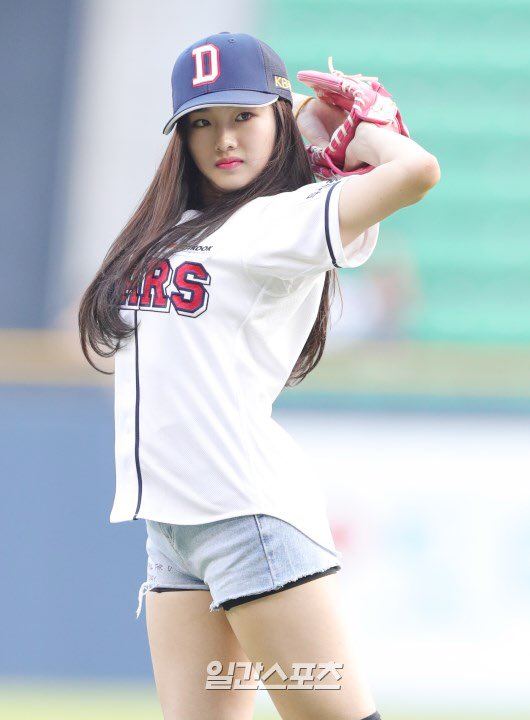 In support of the Doosan Bear Team, she visited the Seoul Jamsil Baseball Stadium. 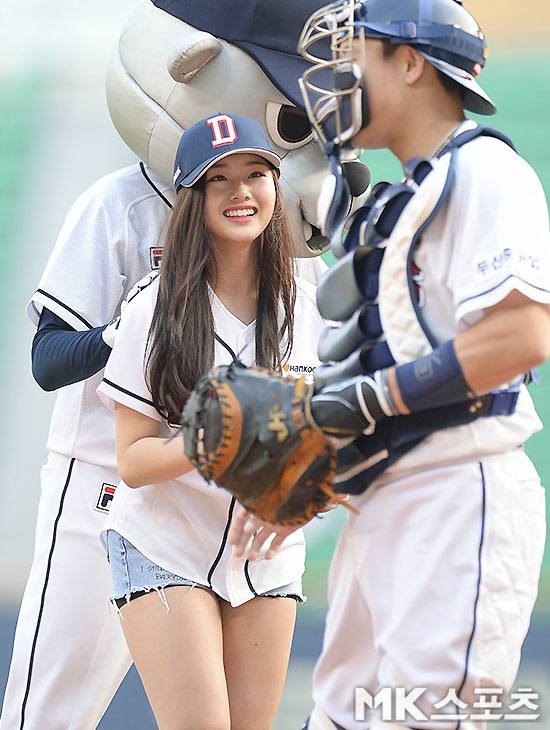 Before the official game began, Kriesha got to throw the first pitch!

She made sure to greet baseball fans who were watching at home.

Kriesha readied herself to throw while showing off her nice form. 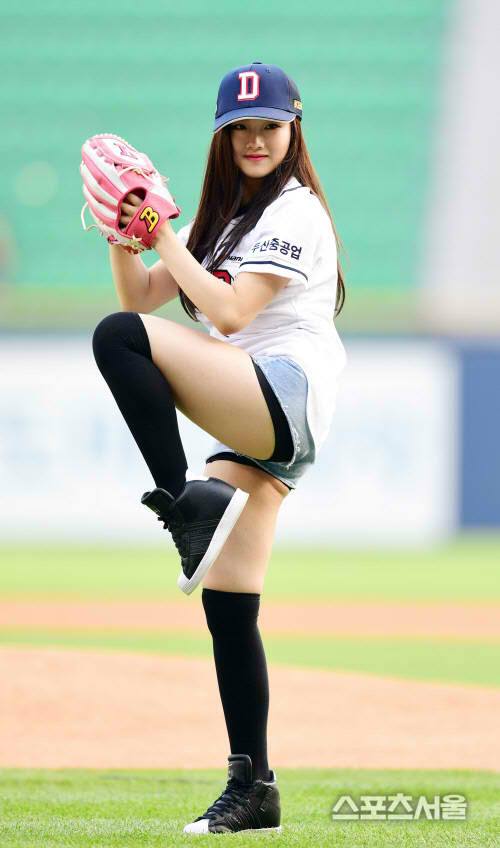 She drew back her arm in preparation to hurl the ball… 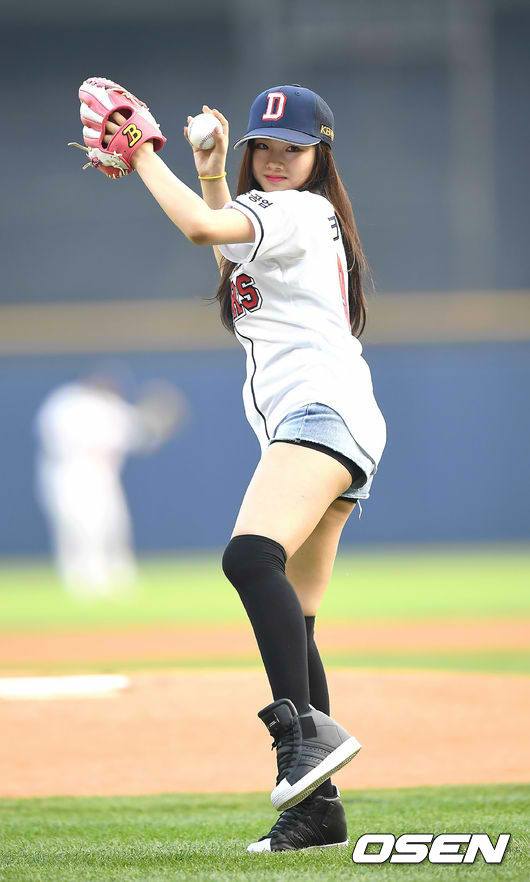 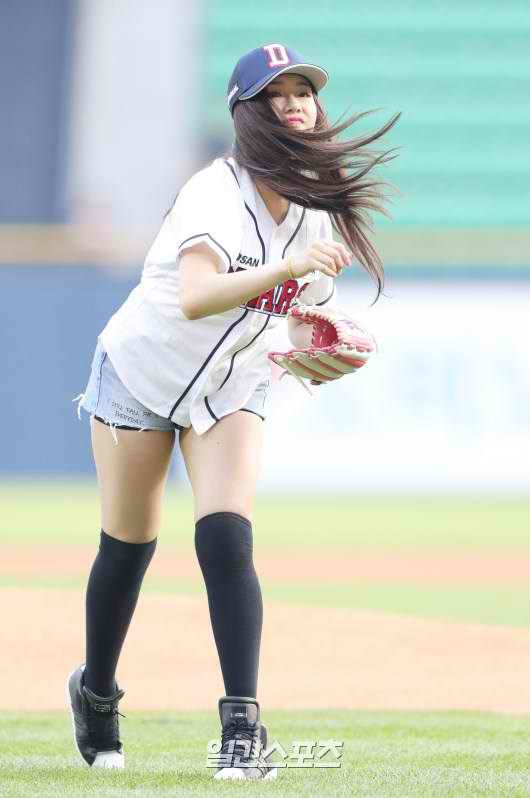 As a result, she was able to carry out a successful pitch while looking stunning!

She made sure to bow politely to the catcher before exiting the field.