The first Korean Marvel character made her debut appearance in one of the company’s signature series and looks to play a significant role in the story from now.

Ami Han, known by her superhero identity White Fox, began as a character in the Korean webtoon Avengers: Electric Rain, a standalone story, in October 2014, but in only 2 short years has found herself the focus of a chapter in Marvel’s Civil War II – Choosing Sides, one of the company’s flagship series.

The hero is based on the myth of the 9-tailed fox, or Kumiho, a creature with the ability to shape-shift, and she is shown in the issue speaking with animals.

She was Marvel’s first attempt at targeting the Korean audience and the comics giant already feel that the character belongs alongside the likes of Iron Man and Captain America, showing her popularity in the country.

The her first appearance in the series came in chapter 6 where the action moved to Seoul, Korea and is the main location for the issue.

Find out more about the White Fox in the comic strips down below: 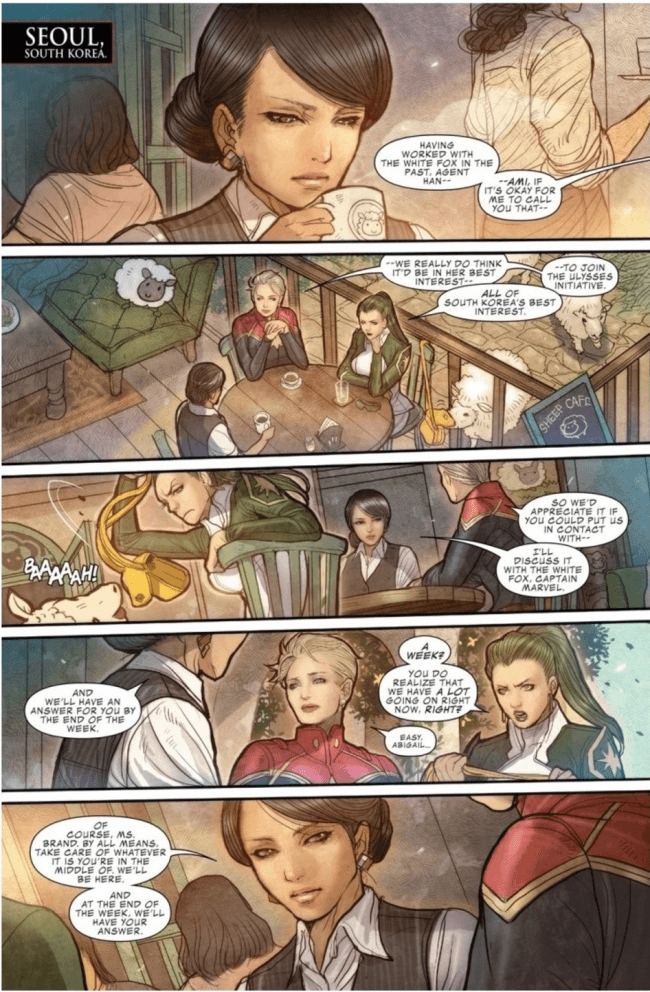 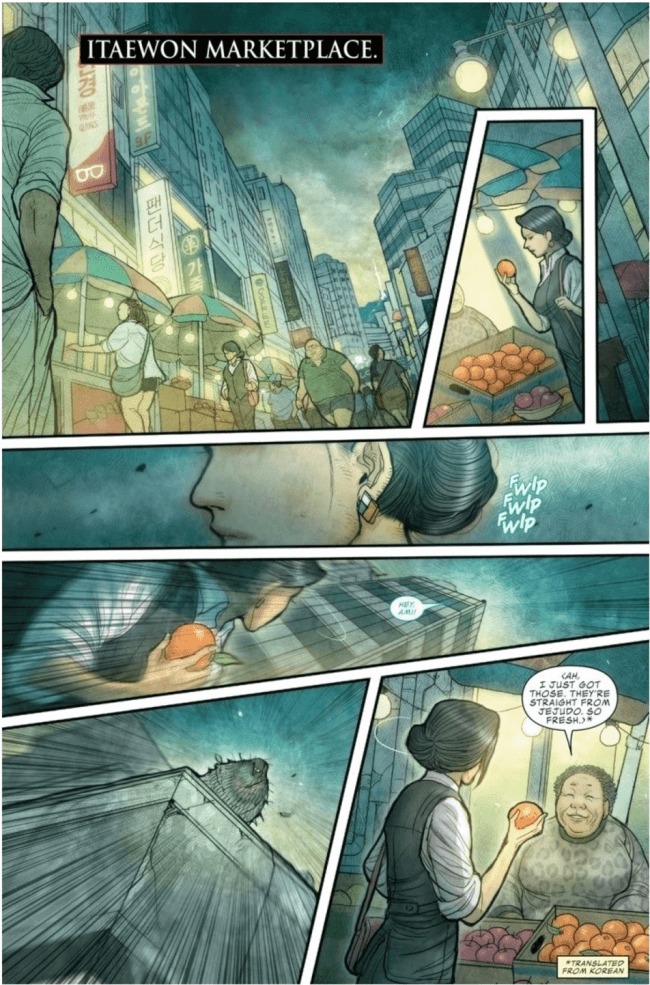 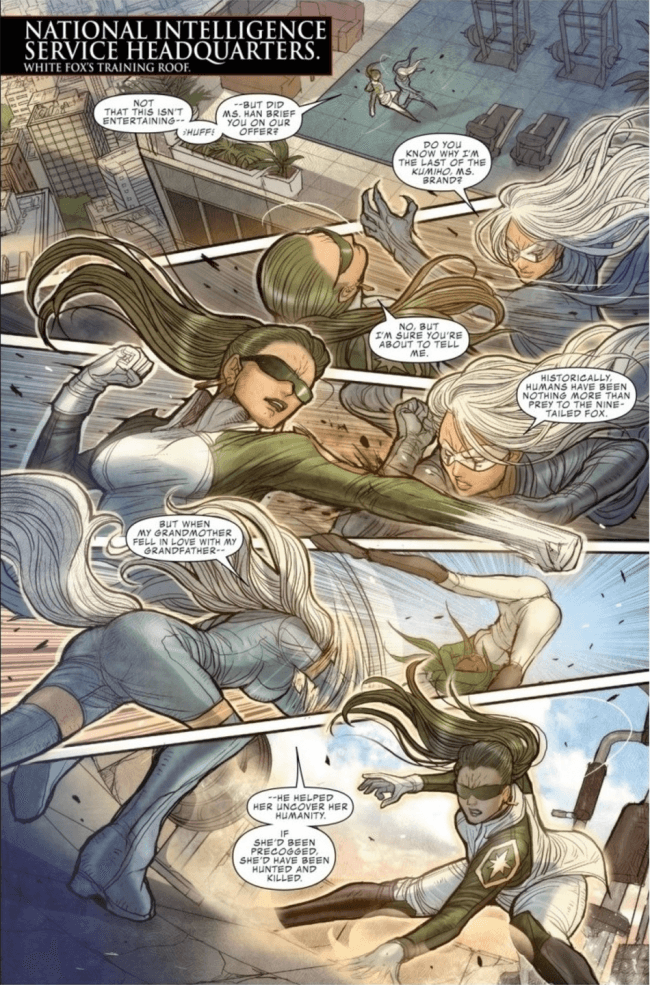 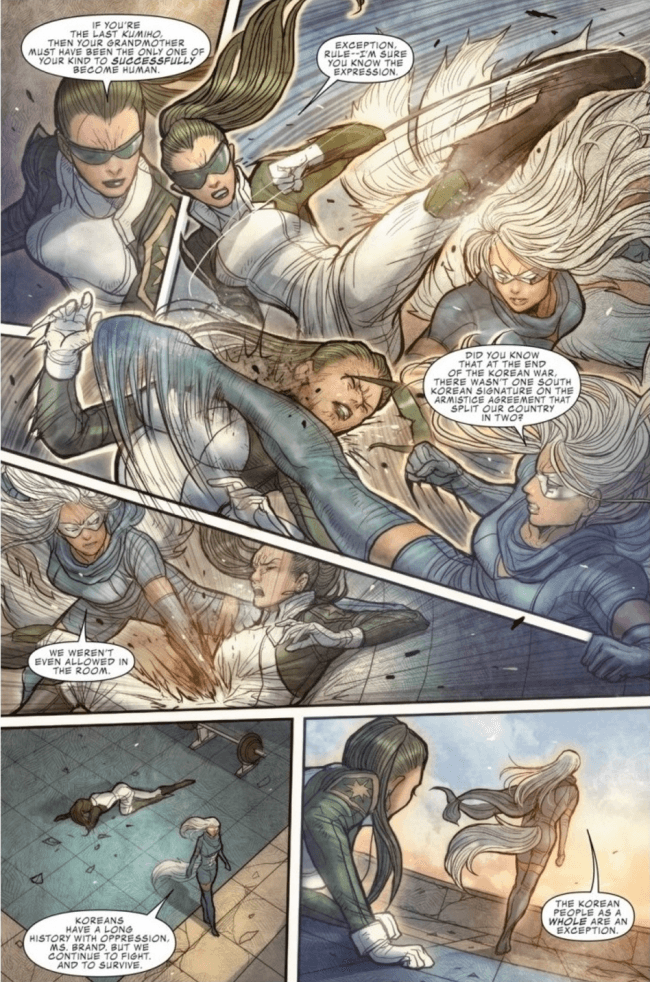 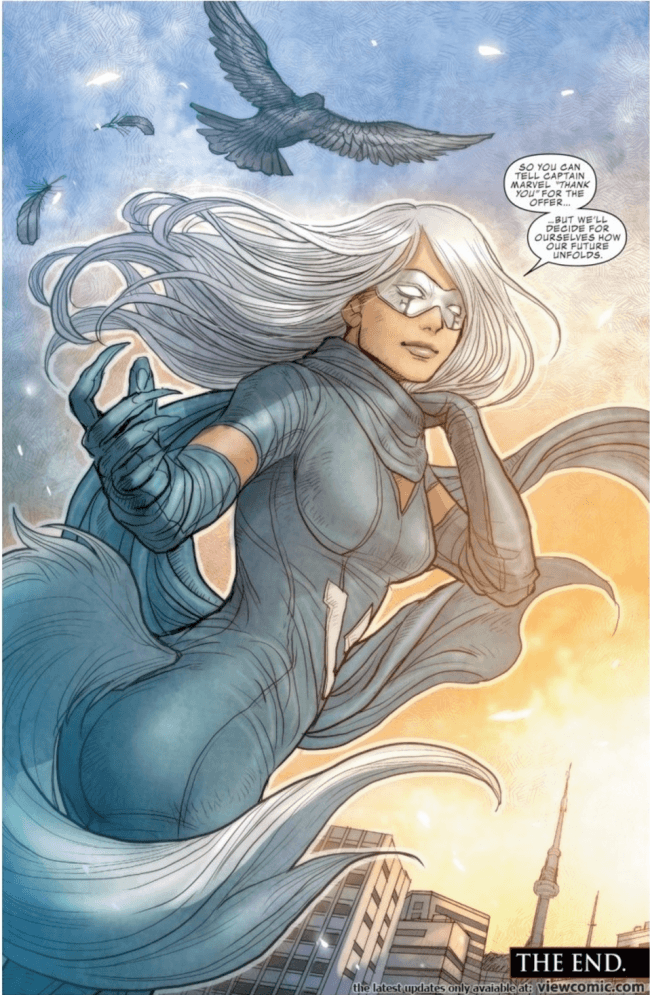 It looks like she may be making many more appearances in the series, and in the Avengers universe!

LE SSERAFIM’s Kazuha And Yunjin Almost Did Not Join The Group, Here’s What Changed Their Minds