AOA‘s Seolhyun recently proved that in addition to being one of the industry’s top visuals and CF models, she also has a good sense of humor as well.

Rapper and Show Me The Money 5 contestant G2 recently posted a silly comparison between himself and a bare face photo of Seolhyun from her time on reality show Law of the Jungle. Although some fans were angered by G2 poking fun at her bare face, Seolhyun thought the photo comparison was quite funny, and even “liked” it on Instagram with her account. 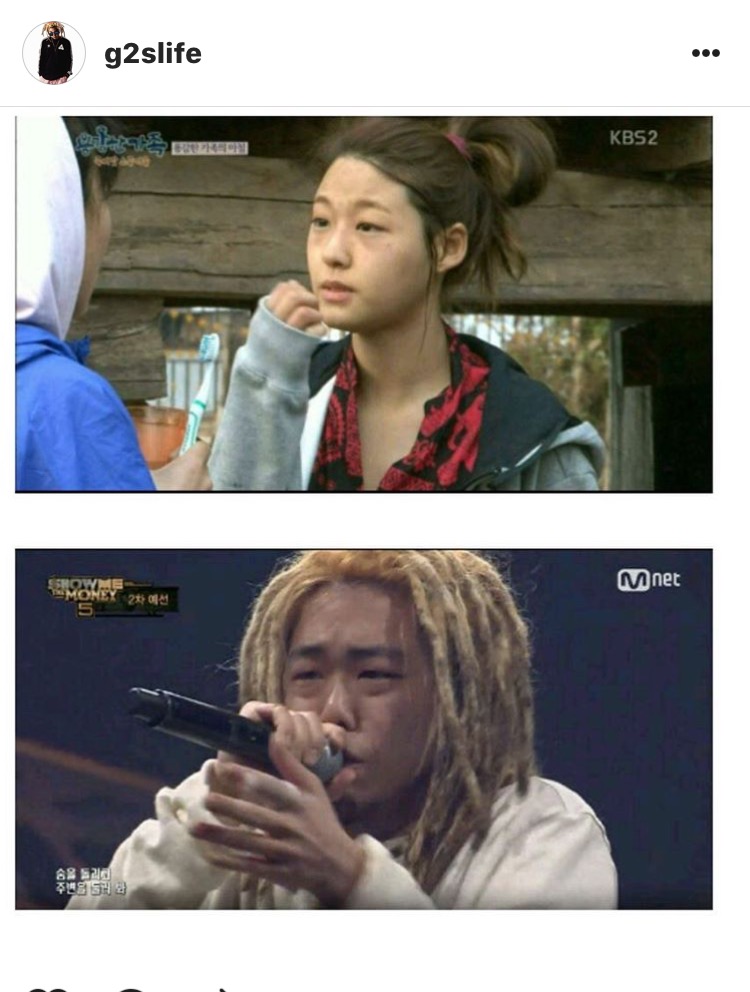