Netizens have discovered that VIXX‘s Hyuk already enjoyed stage permormances even before being a part of a group.

VIXX’s maknae past has been revealed as hard fan of boy group U-Kiss. Fans have found a gif of Hyuk cheering and clapping along between the crowd during U-Kiss’s stage of the song 만만하니 (Am I That Easy). Back then, the now member of boy group VIXX, was only 15 years old.

Hyuk had no ties to the entertainment industry and was at the concert simply because he was a fan of the group.

Who would have thought that that kid cheering and supporting his favourite groups would eventually become a member of Jelly Fish’ most succesful band. Not only that, fate also wanted to give him the chance of recently being the center of a cover stage on KBS‘s Music Bank of that exact same song he was enjoying as a part of the crowd once. 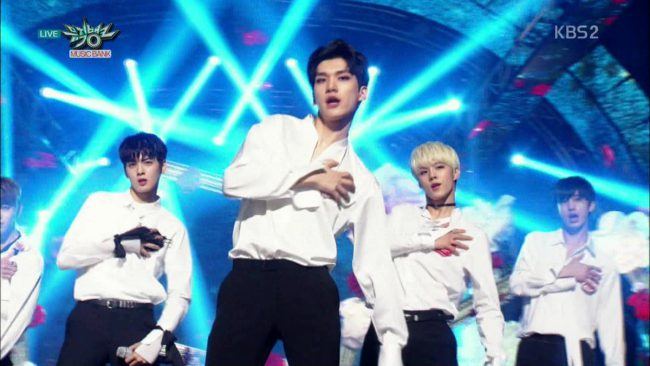 Amazing how such coincidences happen isn’t it?