Fans were disturbed after Tzuyu’s recent live appearance was disrupted by a man apparently bringing a knife in the background.

Tzuyu recently interacted with her fans through a form of a cooking show online. Not only was she able to showcase her cooking skills during the episode but also treated her fans with her charms.

However, fans were shocked as they noticed half-way through the stream that a man holding a knife was approaching her. When Tzuyu realized what the commotion was about, she looked back and noticed the man approaching her. 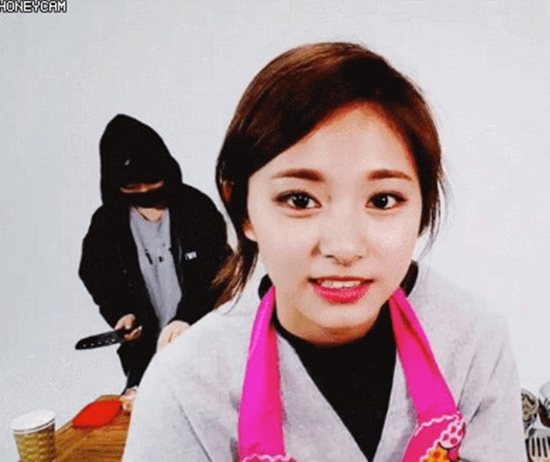 However, it turned out that it was just simply her manager and was simply coming over to hand her the knife. Thank goodness! In the end, Tzuyu was able to successfully cook for her viewers with no further incident.

Check out a GIF of the knife incident below!

Check out the full broadcast, below!