On August 18th at noon KST, the first half of the album Lion Heart was released online along with the first title track of the same name. In just over 12 hours, the music video for “Lion Heart” reached approximately 1.4 million views on YouTube, including another 300,000 views that was accumulated three hours later.

At the time of writing and including the views collected via Naver TV (158,000), “Lion Heart” has gained 1.9 million views in 15 hours after its release!

At midnight on the 19th, the girls released their second title track and music video “You Think,” which has already gained half a million views only three hours into its release, as well as the last half of their 5th studio album.

Girls’ Generation will have their first comeback stage on KBS Music Bank this week on August 21st. 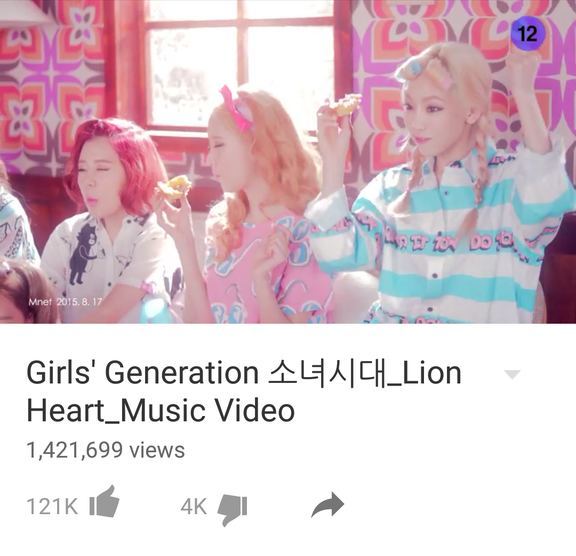